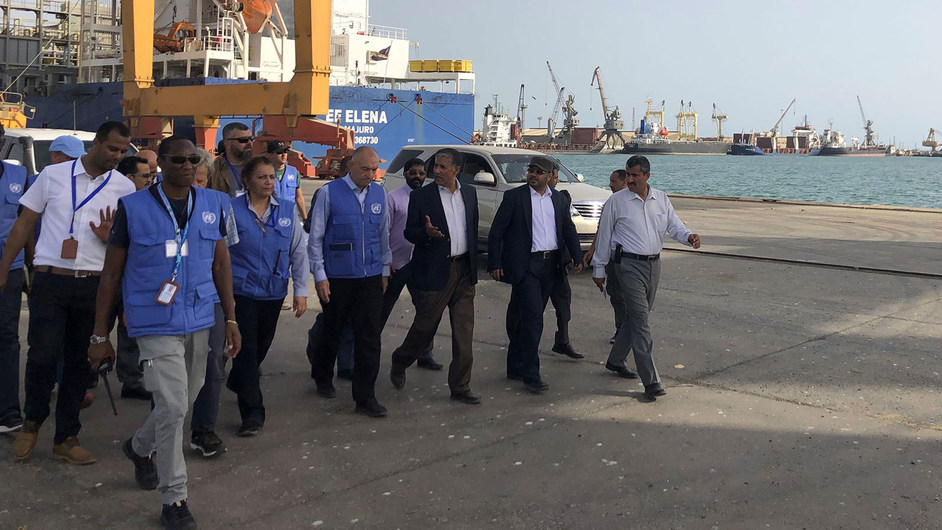 The UN chief is “deeply concerned", about the condition of the FSO Safer oil tanker, moored off the western coast of Yemen, his spokesperson said on Friday.

Built in 1974, the ship reportedly sprang a leak in 2019, after being used as a storage vessel since the late 1980s, and was abandoned after its engine room flooded with seawater, threatening to destabilize the vessel and discharge its cargo.

The aging tanker has had almost no maintenance since the civil conflict in Yemen intensified in 2015 and risks causing a major oil spill, explosion or fire, that would have catastrophic environmental and humanitarian consequences for Yemen and the region.

Secretary-General Antonio Guterres insisted that the potential oil slick in the Red Sea would not only "severely harm Red Sea ecosystems relied on by 30 million people across the region", but would also force the Hudaydah port to close for months – further exacerbating Yemen's already severe economic crisis and "cut off millions of people from access to food and other essential commodities".

"The Secretary-General urges the removal of any obstacles to the efforts needed to mitigate the dangers posed by the Safer tanker without delay", said UN Spokesperson Stéphane Dujarric.

The UN chief specifically called for granting independent technical experts“unconditional access to the tanker to assess its condition and conduct any possible initial repairs", he added.

"The assessment will provide crucial scientific evidence for the next steps to be taken in order to avert catastrophe", Mr. Dujarric explained.

On Tuesday, international environmental group Greenpeace wrote a letter to the Secretary-General, calling on the UN to make the situation its top priority and use its "full diplomatic and technical capacity to carry out an urgent on-board technical assessment to determine what repairs are needed to make the vessel at least temporarily safe."

And in mid-July, the UN Environment Programme (UNEP) chief, Inger Andersen, told the Security Council that the clock was ticking for getting a UN team of experts aboard the Safer, before it spills its cargo of 1.148 million barrels of light crude oil into the Red Sea, triggering what would likely then be an "environmental, economic and humanitarian catastrophe".