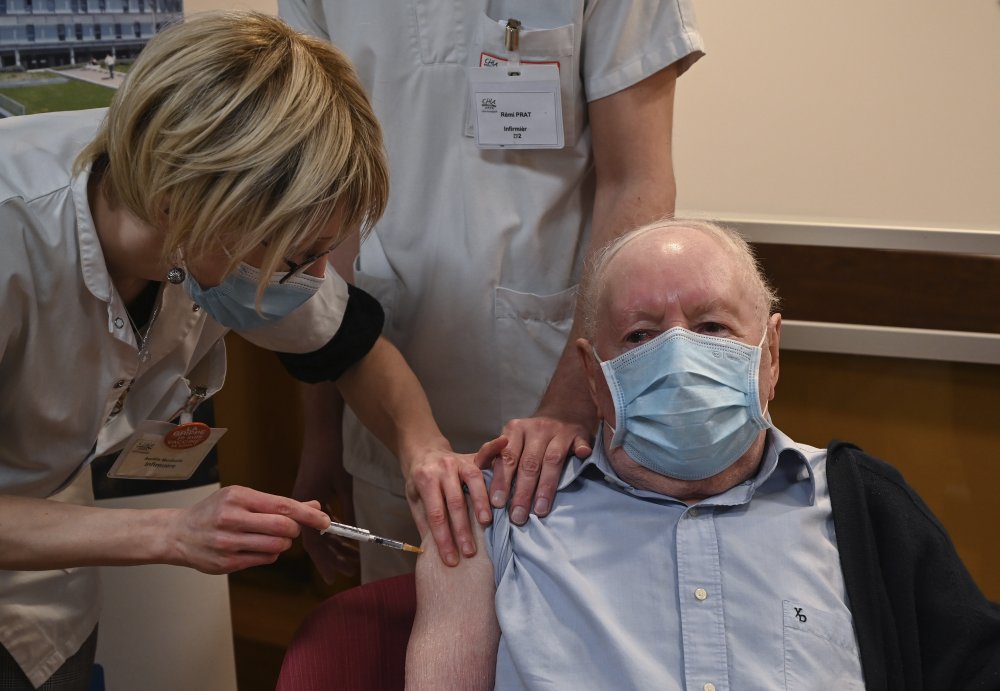 Alain a French 92-year-old man receives a dose of the Pfizer-BioNTech Covid-19 vaccine at the at the Champmaillot nursing home in Dijon, central France, Sunday Dec. 27, 2020. (File photo: AP)

Under fire for a glacially slow rollout of coronavirus vaccine shots, France’s government pledged Thursday to pick up the pace, offering quicker inoculation to a broader array of health care workers starting next week.

President Emmanuel Macron also intervened in what was becoming an increasingly sharp debate about the slow start of vaccinations against the virus in France. Macron used his traditional New Year’s address to the nation Thursday night to promise that he will personally ensure there is no unnecessary heel-dragging.

The French leader said he would not allow “an unjustified slowness, for bad reasons, to take root.”

Before Macron spoke, his health minister tweeted that shots would be offered from Monday to health care workers aged 50 and older.

Only a few hundred people received vaccines against the coronavirus in the days after a 78-year-old in a long-term care facility got the first shot on Sunday.

Consent requirements have slowed the process. Officials were also treading cautiously because of widespread skepticism in France around the safety of the rapidly developed vaccines.

But critics increasingly are accusing health officials of being overly cautious.

The National Academy of Medicine said the slow start “is difficult to defend.”

France has reported the virus-related deaths of more than 64,000 people since the start of the pandemic.