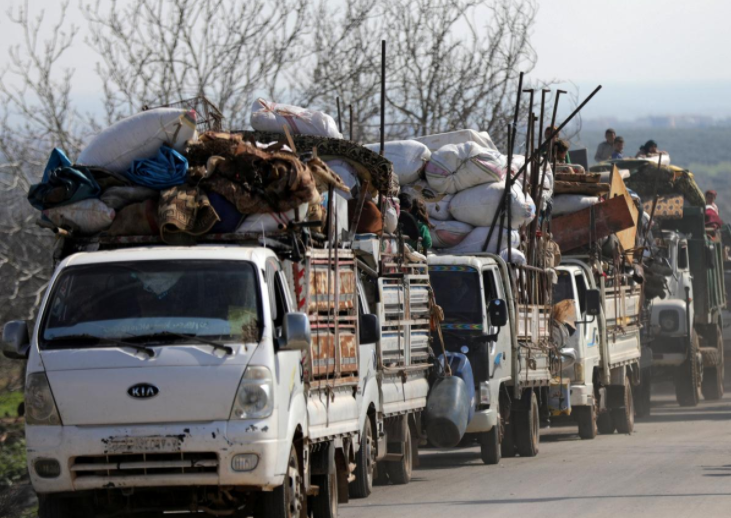 France’s foreign minister said on Tuesday that Turkey’s operation against Kurdish militants in the Afrin region was not justified, the strongest language yet from Paris regarding its NATO ally’s intervention in Syria.

The French government has faced growing criticism at home over its response to developments in northern Syria where Turkey launched its operation“Olive Branch” nearly two months ago to sweep Syrian Kurdish YPG militants from the border.

“While concerns over border security are legitimate... at the same time ... It must be said that it absolutely does not justify the deep incursion of Turkish troops in the Afrin zone,” Jean-Yves Le Drian told lawmakers in parliament.

“The situation is critical and serious,” he said, adding that Paris feared the Turkish operation was also weakening the action against Islamic State militants.

France, like the United States, has extended arms and training to a YPG-led militia in the fight against Islamic State in Syria, and also has dozens of special forces based in the region. That has infuriated Turkey, which considers the YPG an extension of the outlawed Kurdistan Workers Party (PKK).

Former president Francois Hollande, who originally gave the green light for French support to the Kurds, on Monday bemoaned incumbent Emmanuel Macron’s Syria policy, in particular his attitude to the Kurds.

“If I supported the Kurds as part of the coalition, it is not to leave them in the situation they are in,” he told Le Monde.“It is not possible to celebrate the liberation of part of Syria and let entire populations die when we know the role they played in getting that result.”

Turkey’s military and rebel allies have encircled Afrin, its military said on Tuesday, a substantial advance in its campaign.

The Syrian Observatory for Human Rights, a UK-based organization that reports on the war, said an estimated 700,000 people in Afrin and nearby were now encircled.“The main reason for our determination on this subject is that we have a very old relationship with the Kurds and we recognize the vital role they played in retaking Raqqa,” Le Drian said, referring to Islamic State’s former Syria bastion.