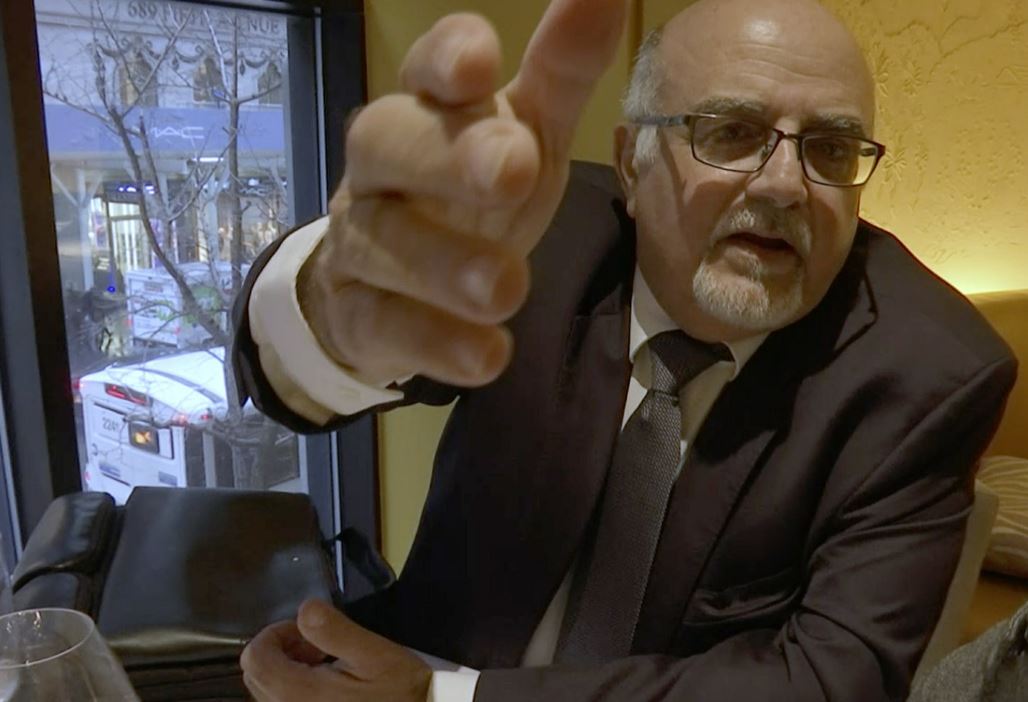 In this image from video, a man who identified himself as Michel Lambert, a director at the Paris-based agricultural technology firm CPW-Consulting, reacts during an interview at a restaurant in New York on Thursday, Jan. 24, 2019. (Photo: AP)

The researchers who reported that Israeli software was used to spy on Washington Post journalist Jamal Khashoggi’s inner circle before his gruesome death are being targeted in turn by international undercover operatives, The Associated Press has found.

Twice in the past two months, men masquerading as socially conscious investors have lured members of the Citizen Lab internet watchdog group to meetings at luxury hotels to quiz them for hours about their work exposing Israeli surveillance and the details of their personal lives. In both cases, the researchers believe they were secretly recorded.

“We condemn these sinister, underhanded activities in the strongest possible terms,” he said in a statement Friday. “Such a deceitful attack on an academic group like the Citizen Lab is an attack on academic freedom everywhere.”

Who these operatives are working for remains a riddle, but their tactics recall those of private investigators who assume elaborate false identities to gather intelligence or compromising material on critics of powerful figures in government or business.

Citizen Lab, based out of the Munk School of Global Affairs at the University of Toronto, has for years played a leading role in exposing state-backed hackers operating in places as far afield as Tibet , Ethiopia and Syria . Lately the group has drawn attention for its repeated exposés of an Israeli surveillance software vendor called the NSO Group, a firm whose wares have been used by governments to target journalists in Mexico , opposition figures in Panama and human rights activists in the Middle East .

In October, Citizen Lab reported that an iPhone belonging to one of Khashoggi’s confidantes had been infected by the NSO’s signature spy software only months before Khashoggi’s grisly murder. The friend, Saudi dissident Omar Abdulaziz, would later claim that the hacking had exposed Khashoggi’s private criticisms of the Saudi royal family to the Arab kingdom’s spies and thus “played a major role” in his death.

In a statement, NSO denied having anything to do with the undercover operations targeting Citizen Lab, “either directly or indirectly” and said it had neither hired nor asked anyone to hire private investigators to pursue the Canadian organization. “Any suggestion to the contrary is factually incorrect and nothing more than baseless speculation,” NSO said.

NSO has long denied that its software was used to target Khashoggi, although it has refused to comment when asked whether it has sold its software to the Saudi government more generally.