Unemployment rose for a fifth straight month in Europe in August amid concern that extensive government support programs won't be able keep many businesses hit by coronavirus restrictions afloat forever. 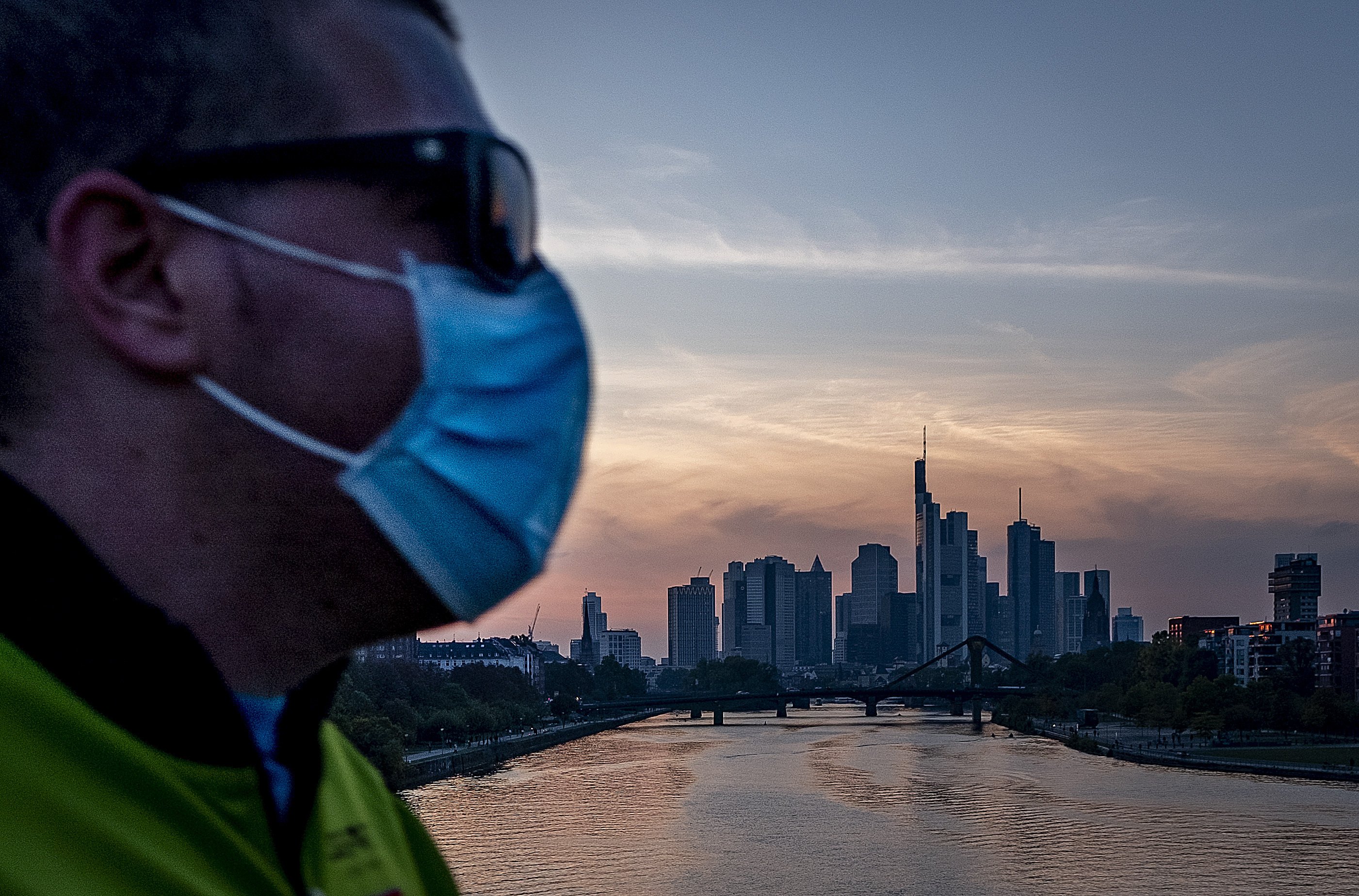 A man wears a face mask as he walks across the bridge over the river Main in Frankfurt, Germany, Wednesday, Sept. 30, 2020. (Photo: AP)

The jobless rate rose to 8.1% in the 19 countries that use the euro currency in August, up from 7.9% in July, official statistics showed Thursday. Some 13.2 million people were unemployed and the number of those out of work rose by 251,000.

Economists expect a further rise as wage support programs expire, while an increase in infections in many countries has increased fears that some restrictions on business interaction may have to be re-imposed.

Some 3.7 million people are still on furlough support programs in Germany, the eurozone's largest economy. The government has extended its emergency support through the end of 2021. National governments have poured in fiscal stimulus in the form of support loans and guarantees for business, while the European Central Bank has launched a 1.35 trillion euro ($1.57 trillion) monetary stimulus in the form of regular bond purchases with newly printed money through at least the middle of next year. That has helped keep financial markets calm and credit flowing to businesses.

But all those measures have not halted a wave of corporate announcements of job reductions. Companies in the hardest hit industries such as airlines, tourism and restaurants may face a long period of substantially diminished demand for their services and are laying off workers. The coronavirus in some cases has also accelerated restructuring programs that existed before the pandemic.