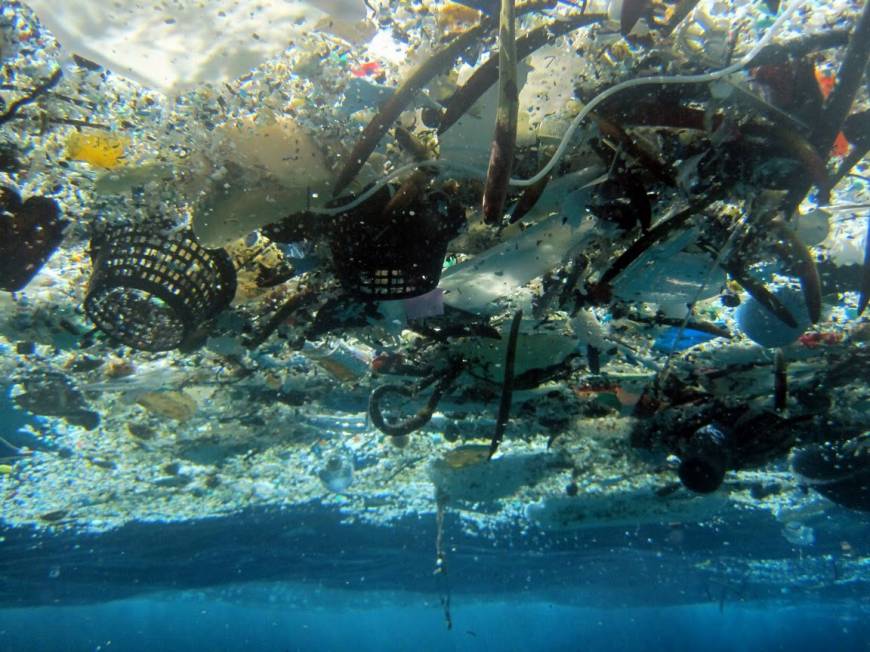 Debris floats on the surface of the ocean in Hanauma Bay, Hawaii. (Photo: AP)

"Regional marine litter action plans help to mobilize both domestic and international finance because they are product of very strong political commitment of countries involved," Leone said on the sidelines of the fourth session of the United Nations Environment Assembly which will end late on Friday.

Leone said that the plan contains detailed roadmap on which areas should be prioritized in order to tackle marine pollution.

"It also makes it easier to show where the money raised will be utilized," he added, noting that due to increasing visibility of the issue of marine pollution, a number of different financing opportunities both public and private are now emerging.

According to Leone, North Africa countries are part of the Mediterranean Action Plan while sub-Saharan countries are currently developing two regional action plans.

He noted that the marine debris finance mobilized will either be in terms of grants or loans and will be used to reduce the micro-plastics and other pollutants in the oceans.

Leone added that ocean pollution will be defeated through building secure long-term capacity toward developing, establishing and implementing the necessary regulatory frameworks to tackle marine pollution.