UNESCO, China to build peace through dialogue between cultures, civilizations

Confucius, the great Chinese scholar and philosopher from 551 BC, has had a great influence in many of the cultures around Asia, including my country, South Korea. He said, "Is it not a great pleasure to have friends come from afar?" In this spirit, I wholeheartedly appreciate the Chinese government's invitation to friends and neighbors around Asia to gather together in good spirits to discuss our common ground and to learn from our diverse cultures and civilizations.

In March 2014, the president of the People's Republic of China, His Excellency Xi Jinping, visited UNESCO in Paris. In his speech delivered on that occasion, he underlined the importance of exchanges between diverse civilizations and mutual learning throughout history for human progress and global peace and development. 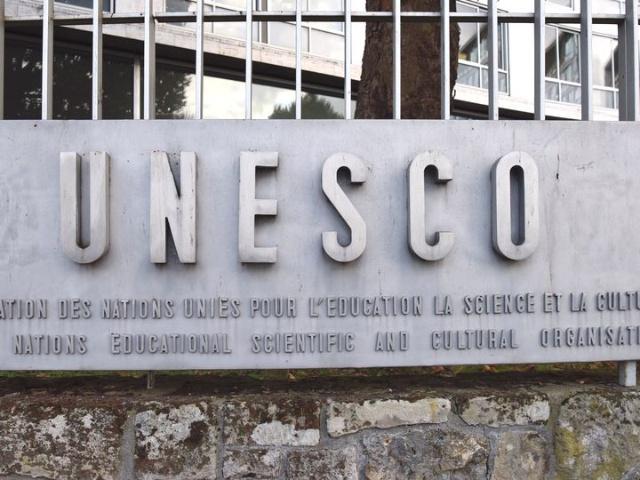 His message echoed the founding values of UNESCO – the international organization which I am very honored to serve as the chairperson of its Executive Board.

"Since wars begin in the minds of men, it is in the minds of men that the defenses of peace must be constructed." This opening line of the Constitution of UNESCO resonates as powerfully now in the 21st century as it did in 1945, when the organization was created at the aftermath of the devastating world wars.

Oftentimes, when trying to solve global problems in this globalized world, we are drawn to finding solutions through politics, economy or trade. But to find solutions to some of the major global issues, we need to start by addressing the ignorance and prejudice of each other by understanding each other's stories. This conference is special because it is providing an opportunity for people from around the world to discuss the diversity of cultures and civilizations. When there is a good understanding of each other's stories and identities, respect and trust can be established. And peoples and civilizations will naturally come to learn from each other and cooperate together.

As a career diplomat, having served in different parts of the world, including at the United Nations, I believe strongly that multilateral cooperation is crucial in tackling local, regional and global issues. My experience has shown that the key for the success of international cooperation is dialogue. This requires a curiosity for the other, and a willingness to open up and to listen to the other with real engagement.

UNESCO, as an international organization, is working around the world to provide platforms and space for peoples of different cultures to share each other's stories and identities.

One of the major landmark programs is the Routes of Dialogue program that was launched during 1980s. In the past, there were projects on "Intercultural dialogue in Central Asia" and "Iron Roads in Africa". A currently ongoing flagship project is the global "Silk Roads project". UNESCO is reviving dialogue along the historical Silk Road, bringing people across countries and continents together through an online platform, generously supported by the People's Republic of China and other countries such as Azerbaijan, Kazakhstan, Germany and Oman. I was also very encouraged when I met dynamic young people from the traditional Silk Road countries gathered together at a UNESCO international youth forum on the theme of "Creativity and Heritage along the Silk Road" in Changsa, China in May 2018.

Since 1948, UNESCO has reached out to readers around the world about different cultures and different knowledge through a magazine called the Courier. The Chinese characters for Courier signify "trusted message". Nelson Mandela recounted that in the solitary confines of his prison cell, he was able to learn about the world and of mankind's common heritage through the UNESCO Courier. It was the only printed material to which he had access, bringing light to the dark prison.

In recent years, due to financial difficulties at UNESCO, the Courier was discontinued. In 2017, thanks to a generous contribution from China, this important source of knowledge and international dialogue has been revived. China's support of UNESCO's Courier is a strong demonstration of China's commitment to fostering dialogue and exchange amongst the global community through UNESCO.

In March, UNESCO organized a special session on girls' and women's education at its headquarters in Paris at which Ms Peng Liyuan, first lady of the People's Republic of China, its Special Envoy for the Advancement of Girl's and Women's Education, was the guest of honor. I was honored to have met her on this occasion when she demonstrated her unwavering support for the empowerment of girls and women around the world through education.

UNESCO's cultural heritage sites and intangible cultural heritage are powerful mediums for sharing identities among different civilizations, spanning across time and finding common ground through their outstanding universal values. At the end of last year, the Korean form of traditional wrestling "ssirum/ssireum" was jointly inscribed by the two Koreas onto the Representative List of Intangible Cultural Heritage of UNESCO. It was the result of a fruitful dialogue fostered through UNESCO between the two Koreas. It is also a symbol of determination of the international community to bring about positive contributions to the peace process on the Korean peninsula.

China's Belt and Road Initiative and Korea's New Southern and Northern Policy all share the same objective of fostering friendship and building trust among neighboring countries through dialogue for mutual cooperation. In that respect, it is important for the international community to work through organizations such as UNESCO to promote understanding of each other through education, science, culture and communication with the aims of building peace in the minds of men.

I look forward to the exchanges and dialogue that will be fostered through the Conference on Dialogue of Asian Civilizations between neighbors and friends of Asia and beyond. The six different forums organized all address very important and pertinent themes of the global interactions of different cultures and civilizations in the 21st century -- diversity of civilizations, governance, tourism and people-to-people exchange, responsibility of youth, global influence of Asian civilizations, and mutual learning among Asian civilizations.

As President Xi Jinping had said in his speech at UNESCO: "If there were only one kind of flower in the world, people would find it boring no matter how beautiful it is." It is very commendable that China is organizing this conference, bringing together scholars, policy makers and the international community with different expertise and knowledge to discuss the past and to understand today's issues through the lens of diverse cultures and civilizations.

I believe that the participants of the Conference on Dialogue of Asian Civilizations come from around Asia and the world as good friends to learn from our different cultures and civilizations with the objective of harmonious and respectful co-existence.

(The author is chairperson of the Executive Board of UNESCO and ambassador and permanent delegate of the Republic of Korea to UNESCO.)