WORLD UNGA chief says for culture of peace, peace must be pervasive

UNGA chief says for culture of peace, peace must be pervasive 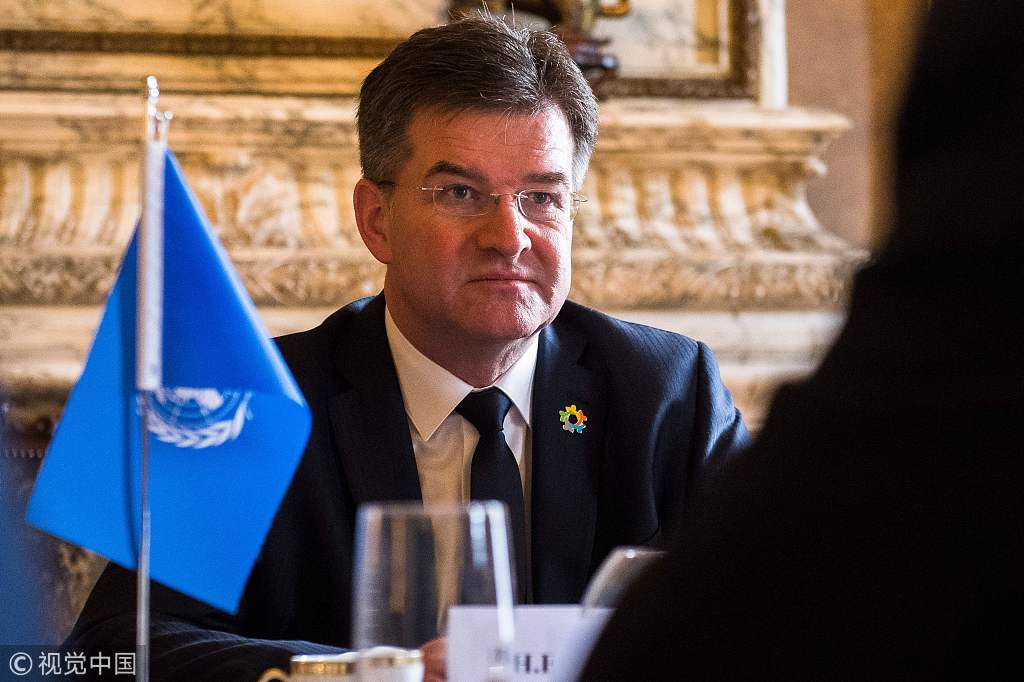 UNITED NATIONS, Sept. 5 (Xinhua) -- A culture of peace can only been attained when peace is part of everyone's everyday habits, not just a theory, but "something we can touch, see, feel and experience - on a daily basis," the UN General Assembly president said on Wednesday.

Miroslav Lajcak, president of the 72nd UN General Assembly opened The High-Level Forum on A Culture of Peace, saying a peace culture "cannot be installed. It cannot be erected, overnight. It cannot come from a workshop run by an international team of experts. It must be built up, block after block, layer after layer."

"And, this must be done, not by the hands of internationals, but by the people on the ground; the people who were there in their countries and in their villages when peace was not," he said. "Cultures do not come about in a day or a week and neither does peace."

"It is around us, every day," Lajcak said. "It' s in what we do, where we go, how we speak and if peace is not a part of these everyday habits - then we simply do not have a culture of peace."

However, he also told participants gathered in the great General Assembly hall here at UN Headquarters that peace takes a lot of time, requires hope but also needs simplicity.

Lajcak, during his opening, took time to acknowledge participation in the forum of Nobel laureate Rigoberta Menchu, a goodwill ambassador of the UN Educational and Scientific and Cultural Organization, and Maria Luiza Viotti, chef de cabinet of UN Secretary-General Antonio Guterres.

The president of the General Assembly said the diplomatic tool bag has instruments to react to conflict.

"Now we are opening our eyes," he said. "We are asking ourselves the question: what can we do, proactively, to build peace, from the ground up, and to make sure it won' t go anywhere, in the future?"

"So, we have moved from reactive to proactive; from response to prevention; from concentrating on the effects of conflict to exploring the accelerators of peace," Lajcak said.

"And here' s the thing: We are doing this. Now," he said. "We are reforming the United Nations' peace and security pillar ... investing more in mediation and peace-building capacities.'"

"Maybe young children should not, only, be learning lessons in maths and history - but also in humanity and peace," he said. "So, we need everyone involved. From heads of states and top United Nations officials, to the people who work, for the United Nations, academic institutions or NGOs (non-governmental organizations) on the ground."

"It should, in essence, be a culture," he said, adding, "And one that is here to stay."