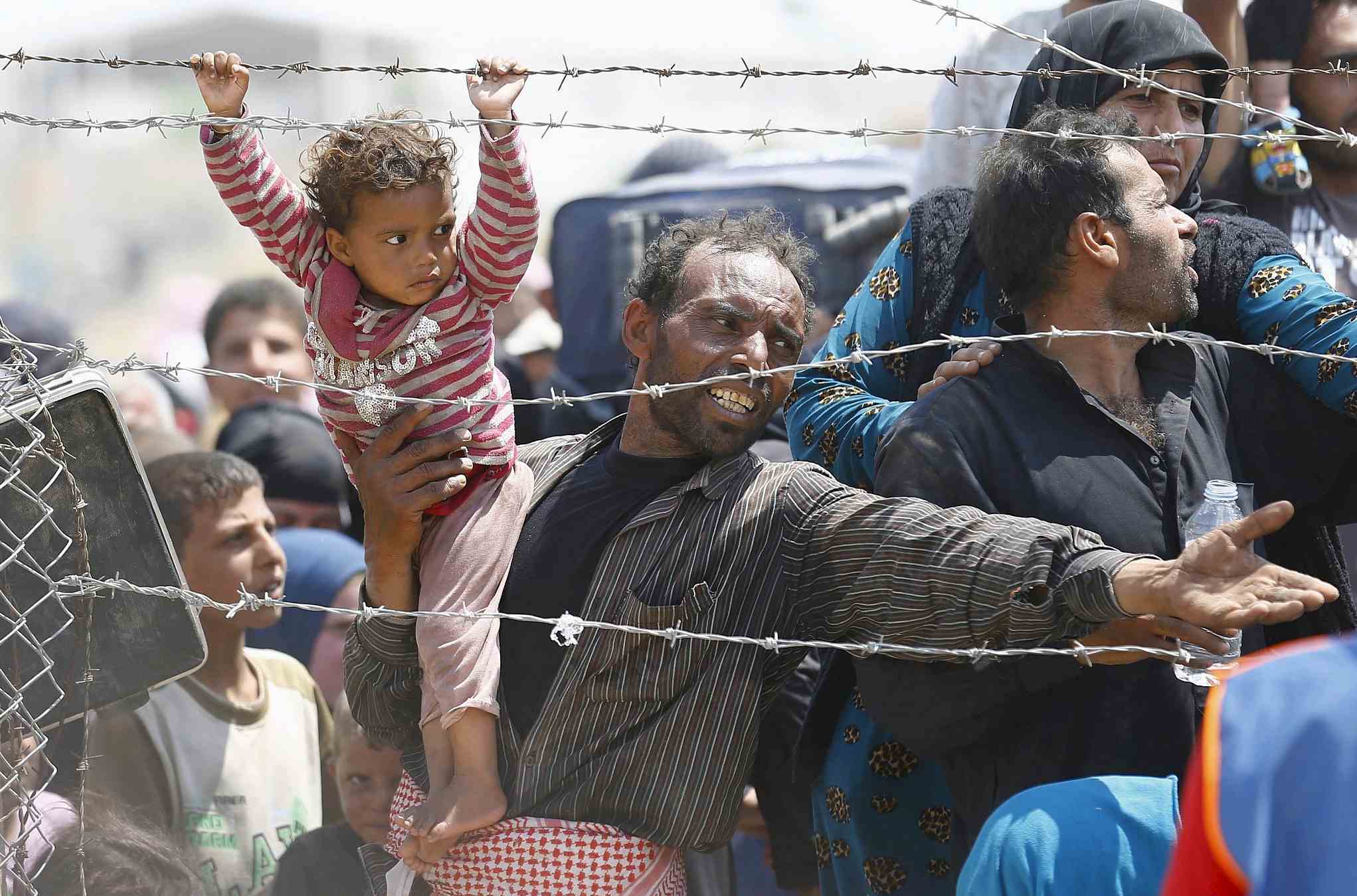 A Syrian refugee reacts as he waits behind border fences to cross into Turkey at Akcakale border gate, June 15, 2015. (Photo: VCG )

As the 2018 session of the United Nations General Assembly (UNGA) gets underway, some of the biggest global problems remain big. The civil war in Syria, the war in Yemen and the chaos in Libya will all be up for discussion. Still, there are signs of hope.

A year ago, the US and the Democratic People's Republic of Korea (DPRK) looked like they could be heading to war. Now, the talk is of peace.

"This time, unlike last year and the famous 'fire and fury,' what we will see is President Trump will talk about the great steps forward with North Korea (DPRK)," Jonathan Cristol of Bard College, theorized.

Even so, the Iran nuclear deal is under serious strain after a unilateral pullout by Washington. US President Donald Trump is expected to use his speech at the UN (and a Security Council meeting he is chairing) to press US allies to abandon it as well.

On other issues, the United Nations continues to be indispensable. The fight to tackle climate change continues. UN members will come together to end tuberculosis, back freed trade and multilateralism, and continue to support fragile peacekeeping operations around the globe.

"For each major issue that the UN can't do anything about it, in some cases, bungles – there is the sort of low-level constant sort of international regulatory things and smaller things that go under the radar – that I think it does very well," Cristol explained.

Criticism of big powers is expected, especially for Washington's withdrawal of funding for Palestinians, its recent attack on the International Criminal Court, and its continued opposition to the climate change accord.

But while the US is seen to be stepping back from global governance, others are stepping up.

"It looks like the US is pulling back, but I don't think that is actually what is happening," Anton Fedyashin of American University said. "What's happening is the emergence of new players that are blocking the United States determining the rules of the global game by itself, exclusively. That's the big change."

While the headlines will likely be about Trump (and what he says about pressing global concerns), the United Nations will be embracing a much broader agenda at UNGA 2018. It's an agenda that extends far beyond the US and the latest presidential tweet.