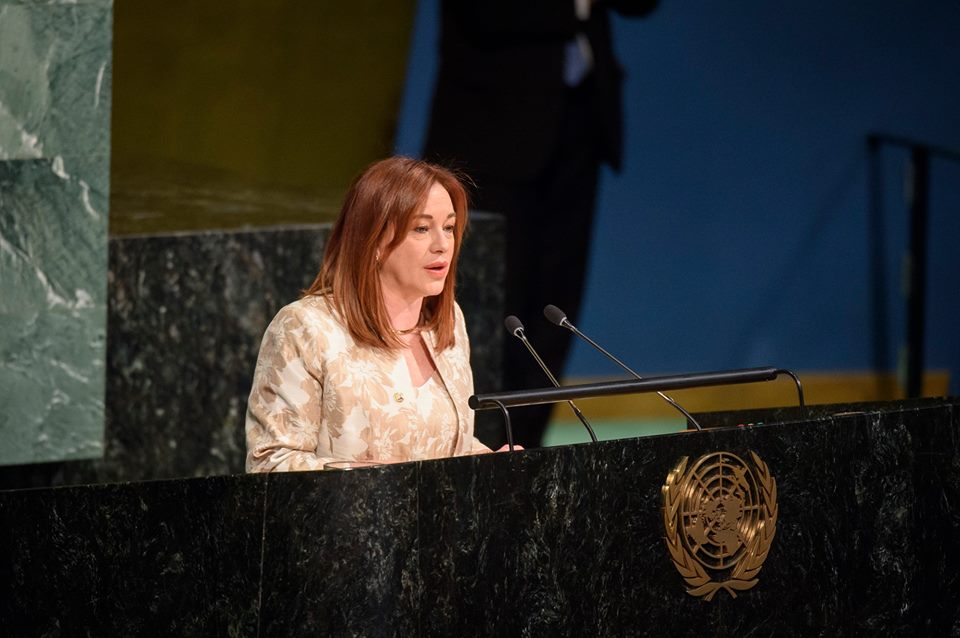 "We are in debt with the Palestinians," Espinosa recalled what she said when she was still one of the two candidates for the UNGA president, adding that "the Palestinian people and I have called for the compliance of the existing resolutions on the matter."

"The only way that we will find a sustainable and long-term peace in the Middle East and the well-being of the Palestinian people is through dialogue and peaceful means," the UNGA president said at a press conference shortly after the closing of the general debate of the 73rd session of the UNGA.

The general debate of the 73rd session of the UNGA started on Sept. 25 and concluded Monday afternoon. Espinosa expressed gratitude to the 121 heads of state and government as well as other high-level representatives who participated in this year's discussions.