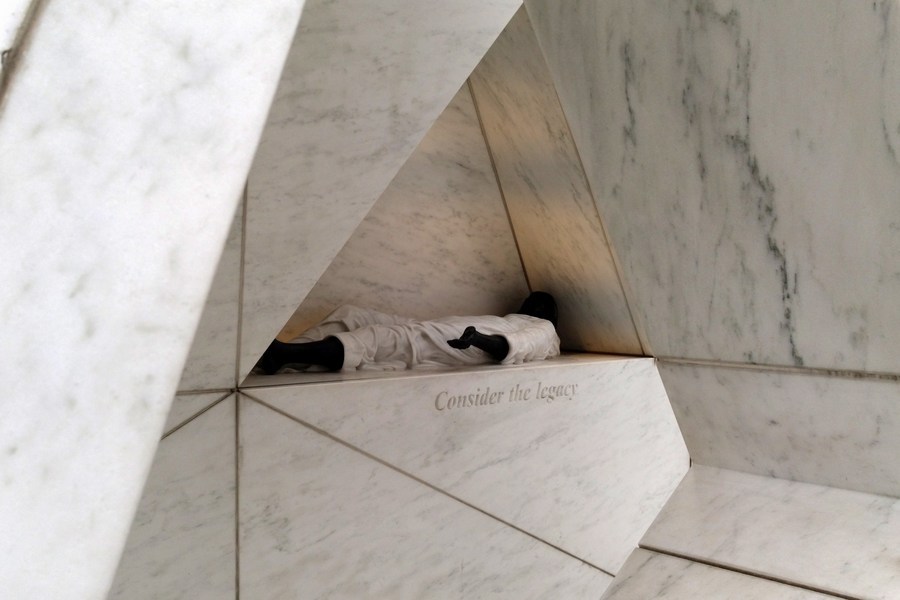 The Ark of Return, the Permanent Memorial to honor the victims of slavery and the transatlantic slave trade, is seen at the Visitors' Plaza of the UN headquarters in New York, March 25, 2019. (Photo: Xinhua)

The president of the 75th session of the UN General Assembly (UNGA), Volkan Bozkir, on Thursday warned the international community against modern forms of slavery.

Still today, modern forms of slavery continue to exist. As of 2016, over 40.3 million people were estimated to be in modern slavery, 71 percent of whom were women and girls. Shockingly, children account for one in four of those enslaved today, the UNGA president said at a commemorative meeting of the General Assembly to mark the International Day of Remembrance of the Victims of Slavery and the Transatlantic Slave Trade.

"When society does not tackle the inhumane treatment of our fellow human beings, every individual is complicit," he said.

Bozkir warned that the if the international community wishes "to defend the Charter of the United Nations and uphold the rights of the people we have pledged to serve, we need to be vigilant."

"Today I remind you that when those around us look away, and turn their backs on injustice, each of us has a responsibility to step in," said the UNGA president.

The International Day of Remembrance of the Victims of Slavery and the Transatlantic Slave Trade is a UN international observance designated in 2007 to be marked on March 25 every year. The day honors and remembers those who suffered and died as a consequence of the transatlantic slave trade, which has been called "the worst violation of human rights in history," in which over 400 years more than 15 million men, women and children were the victims.