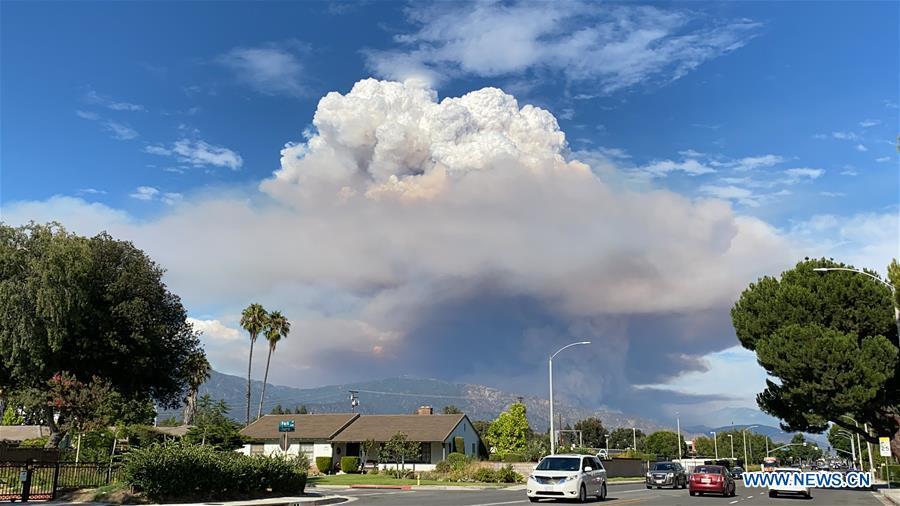 Firefighters are racing to contain several fast-moving wildfires in Southern California amid heatwave.

The so-called Lake Fire, burning near Lake Hughes north of Los Angeles, has charred more than 14,000 acres (around 56.6 square kilometers) at 12 percent containment as of Saturday morning, according to the California Department of Forestry and Fire Protection. The Lake Fire started Wednesday evening.

The so-called Ranch 2 Fire, burning in the Angeles National Forest north of Azusa, has scorched 1,400 acres (around 5.66 square kilometers) and was only 3 percent contained as of Saturday morning. The fire was first reported Thursday afternoon.

"It is difficult to tell where smoke, ash or soot from a fire will go, or how winds will affect the level of these particles in the air, so we ask everyone to remember that smoke and ash can be harmful to health, even for people who are healthy," said Muntu Davis, Health Officer for Los Angeles County, in a news release.

"If you can see smoke, soot, or ash, or you can smell smoke, pay attention to your immediate environment and take precautions to safeguard your health. These precautions are particularly important for children, older adults, and people with heart or lung diseases," Davis added.