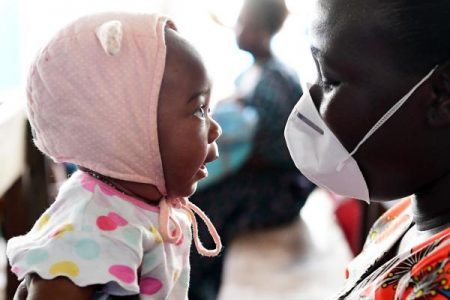 SANAA, May 31 (Xinhua) -- Yemen's health authorities controlled by the Houthi militia Sunday confirmed the arrival of a medical shipment dispatched by the UN Children's Fund (UNICEF) to help curb the spread of COVID-19 in the war-ravaged country.

"A UNICEF's plane loaded with essential medical supplies to respond to COVID-19 landed at Sanaa Airport on Saturday and our teams will supervise distribution to the hospitals," one official of the Houthi-controlled Health Ministry in Sanaa told Xinhua on condition of anonymity.

According to a brief statement released by the UN, "a UNICEF chartered plane landed at Sanaa airport on Saturday with lifesaving supplies to help curb the spread of the disease in the conflict-hit country."

It said that the supplies are a range of medical assistance, including Personal Protective Equipment (PPE) items such as aprons, boots, face masks and gloves for frontline health workers.

It added that the PPE items will help at least 1,600 health workers in primary health centres, hospitals and isolation units across Yemen to provide safe primary health care and nutrition services for a period of three months.

"These supplies will allow our courageous partners the health workers, who are working around the clock, to safely and more effectively address the spread of COVID-19," said Sara Beysolow Nyanti, UNICEF Representative in Yemen.

The UN agency noted that the outbreak of COVID-19 has created an emergency within an emergency in Yemen where only half of health facilities are functional and with almost every child in Yemen (over 12 million in total) already in need of humanitarian assistance, including nearly half a million suffering from severe acute malnutrition.

Yemen's Health Ministry on Saturday confirmed 27 new COVID-19 cases, bringing the total tally of infections to 310 with 77 deaths in the country's provinces controlled by the government.

The government called on donors and relevant international humanitarian organizations to provide support to help contain the pandemic.