The number of women in United Nations peacekeeping operations has grown slowly over the last 25 years. 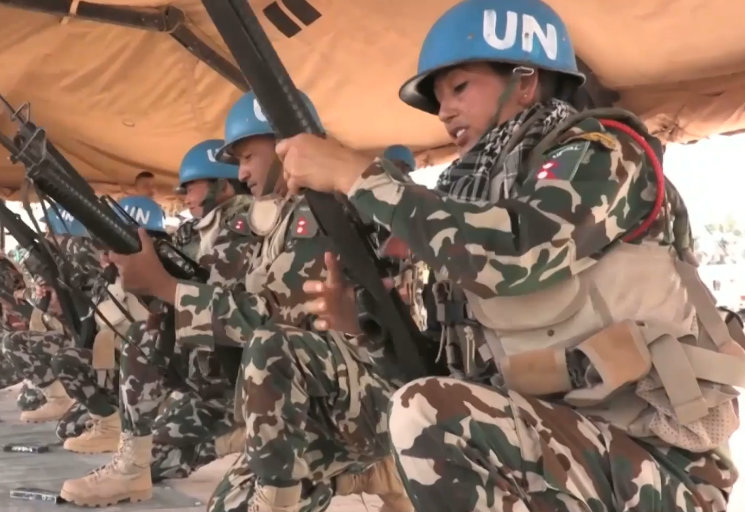 Despite the growing push for gender parity, the United Nations is still struggling to reach its targets of increasing the number of female peacekeepers to between 25-30% by 2028.

But some women are already leading the charge.

Deployed in the Democratic Republic of Congo, Major Seynabou Diouf is one of 14-hundred female police officers, serving under the United Nations flag, but she’s certainly in the minority.

“I will look at you and tell you:  peacekeeping is a man’s world,” said Diouf.

In 1993, female officers like Major Diouf made up just 1% of all uniformed personnel.

And in conflict zones, it’s often the women in blue helmets the community leans on to keep them safe.

And even conflict, some analysts say, provides an opportunity for change.

The UN recognizes that in order to achieve its objective of protecting civilians, increasing the participation of women in peacekeeping is paramount, so that these operations reflect the communities in which they serve.

But an unfamiliarity with uniformed women becomes problematic in some patriarchal societies, where issues arise, even within the UN missions themselves.

“When the humanitarian crisis is not because of natural disaster, and usually conflict, we have very heightened levels of negative masculinity and misogyny at play,” said Funmi Balogun, a UN Women South Sudan Representative.

“So women who go into the humanitarian setting, they face issues around leadership — are they trusted enough to lead?  And will they get the same respect that men are given?”

For Major Diouf, that respect is hard earned.

Honored at UN headquarters as the world body’s ‘Female Police Officer of the Year,’ Diouf was recognized for putting the organization’s zero tolerance policy into action.

She brought the number of allegations of sexual exploitation and abuse within MONUSCO’s police contingent down to zero.

It’s a job she believes men can do, but women can do better.

“I was the first female police officer to be recruited in my class,” said Diouf.  “Before me it was exclusively reserved to men.  And I came out first over all the men. So if I say I believe ‘a woman can do better,’ it’s my life story."

And on the front lines, these women are putting that motto to good use, changing the narrative of women for the generations of peacekeepers to come.