New York (People's Daily) - The United Nations marked Staff Day at the UN Headquarters on Friday, 6 September 2019. The day is intended to honor staff and celebrate the unique and important nature of the work that they perform every day. 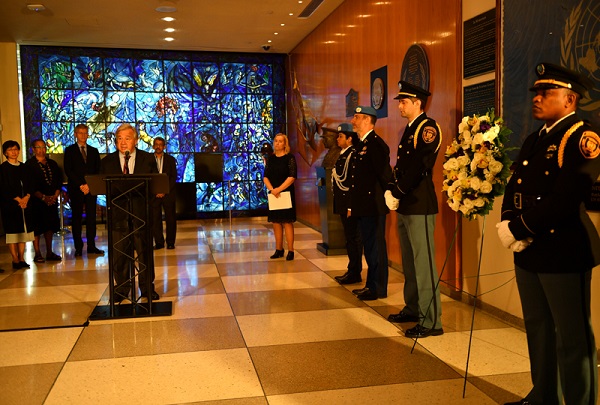 As part of the day at UN Headquarters, Secretary-General António Guterres spoke during the wreath-laying ceremony to honour civilian and military personnel who have fallen in service to the UN. 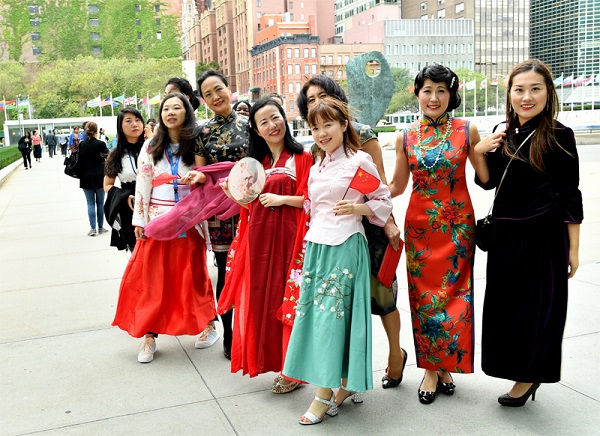 Representatives from China dress in Chinese traditional outfits at the Parade of Nations to mark UN Staff Day on September 06, 2019.

“It is our duty today — and every day — to remember and commemorate our fallen colleagues. So far this year, we have lost 25 civilian staff, 43 peacekeepers and 4 police officers. Our sympathy goes to their families and friends who feel their loss so keenly.  Let us remember the sacrifice our fallen colleagues made in working to make the world safer and more dignified for those less fortunate than themselves.  And let us honour their memory by rededicating ourselves to their mission.” Secretary-General António Guterres said. 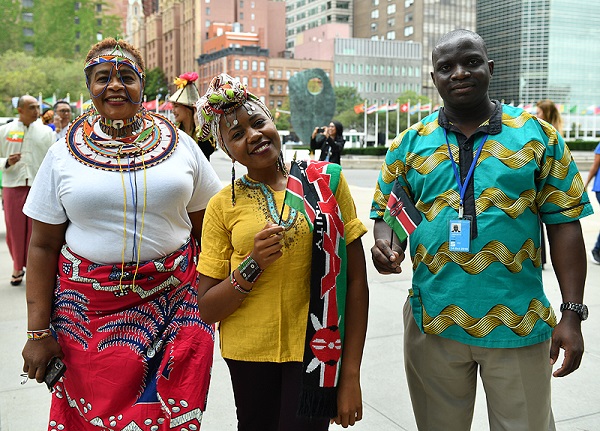 A group of UN staff members dressed in their national outfits march at the Parade of Nations to mark UN Staff Day on September 06, 2019.

UN staff from all over the world with some of their family members took part in today’s activities, such as the Parade of Nations, Skills Expo and Wellness Sessions, Live Performance of the UNSRC Symphony Orchestra, Traditional Costume show.