WORLD Universities in UK at risk of insolvency

Universities in UK at risk of insolvency 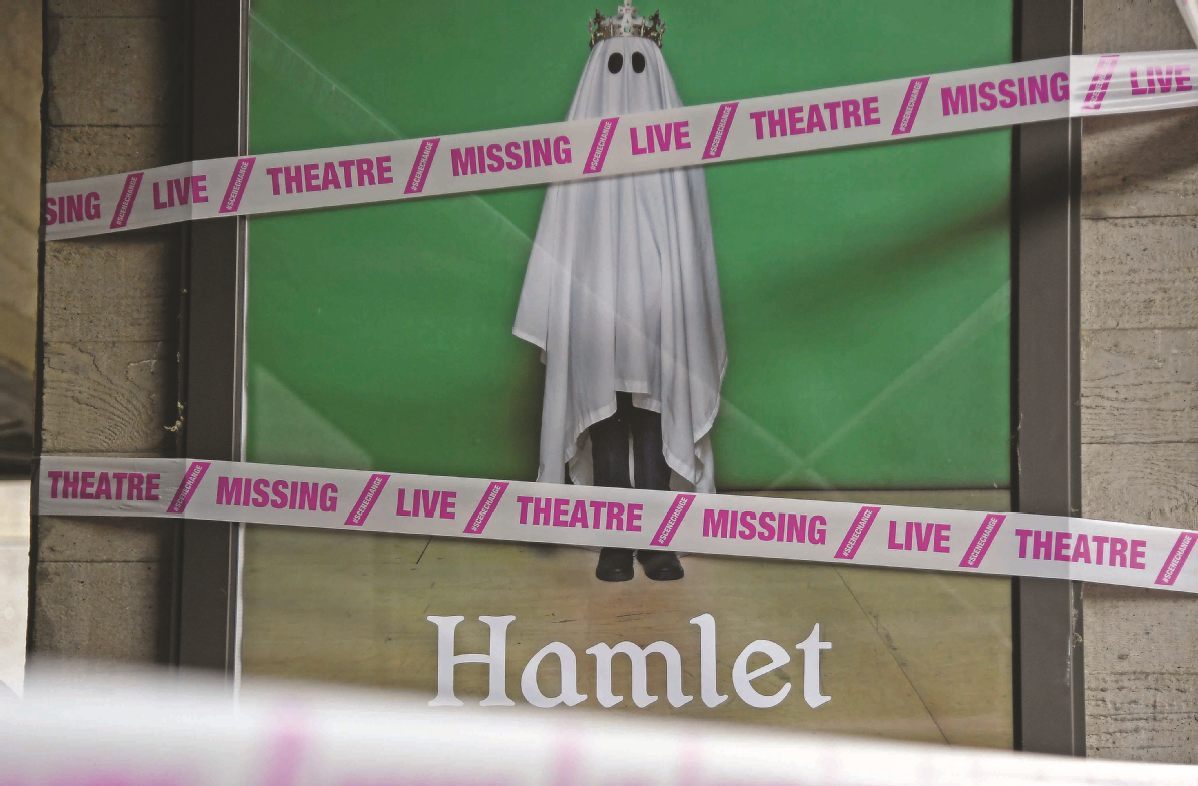 Tape with the words "missing live theatre" decorate an outdoor area at the National Theatre in London on Monday. The UK government has moved to help fund some struggling live venues. (Photo: Agencies)

The Institute for Fiscal Studies, or IFS, has warned that 13 out of the United Kingdom's 165 higher education institutions face "a very real prospect" of insolvency as a consequence of the novel coronavirus crisis, unless they receive government support.

The IFS report does not name specific universities, but says although more prestigious universities that rely heavily on overseas students face the most imminent serious drop in income, generally lower-ranked ones are in most danger.

Overall, research carried out as part of the analysis says a loss of around 11 billion pounds ($13.7 billion), which is one-quarter of the sector's annual income, is a realistic estimate, with a drop in overseas students, fewer long term-investments, and less income raised from streams such as student accommodation and conferences, being the main reasons.

The institutions most at risk are likely to have had underlying problems before the crisis, and IFS research economist Elaine Drayton said although a targeted bailout would be the quickest fix, long-term, it might not be the wisest investment.

"Rescuing failing institutions may weaken incentives for others to manage their finances prudently in future," she told the BBC. "General increases in research funding avoid this problem, but are unlikely to help the institutions that are most at risk, as few of them are research active."

Images were shared of large crowds congregating in some areas, including central London, making social distancing impossible, but Johnson said most people had stuck to the guidelines, and he was encouraged.

"But actually overwhelmingly over the weekend I think the people of this country did the right thing. If we can keep it up, if we can keep going in the way we are, maintain discipline, enjoy ourselves but enjoy ourselves safely, then we will continue to drive down this virus and we will be able to get back to life as close to normal as fast as possible."

Britain's arts sector has received just more than 1.5 billion pounds of government support to help ensure the future of museums, theaters, galleries and cultural venues which had been put in doubt by the outbreak — but the resumption of live performances is still far from clear.

Last week several major regional theaters announced significant job losses or even closure, but after weeks of uncertainty, Culture Secretary Oliver Dowden has announced measures which he said were financed entirely by "new money" and would be able to help both major national venues and smaller regional institutions, including live music venues and independent cinemas, although precise details have yet to be revealed.

When questioned about it on Sky News, Dowden said outdoor performances will be allowed "very soon" provided social distancing was employed but he could not give any guarantees about indoor performances, saying "I don't want to raise expectations". This could mean that many venues risk missing out on staging traditional Christmas pantomime performances, which are often their most lucrative bookings of the year.

Former director of the National Theatre Nicholas Hytner, who has been campaigning for support for the arts, called the news "much better than anyone expected.

"It's a big achievement for DCMS (Department of Culture Media and Sport)" he said. "Obviously there's a lot of work to be done ... But I warmly welcome the way (Chancellor) Rishi Sunak and Oliver Dowden have responded to the tenacious and detailed lobbying of the entire arts sector."

Meanwhile, in France, the world's most visited museum, the Louvre, has reopened after being shut for nearly four months, with visitors required to wear facemasks and follow guided paths through galleries, including observing social distancing signs in front of its prize exhibit, the Mona Lisa.

Museum director, Jean-Luc Martinez, estimated it has lost more than 40 million euros ($45 million) of business and would only have between 20 and 30 percent of last year's attendance this summer.

The company hopes its social media campaign in Germany will ensure that people put their masks on correctly, to cover their noses as well as their mouths, to prevent the spread of the virus.