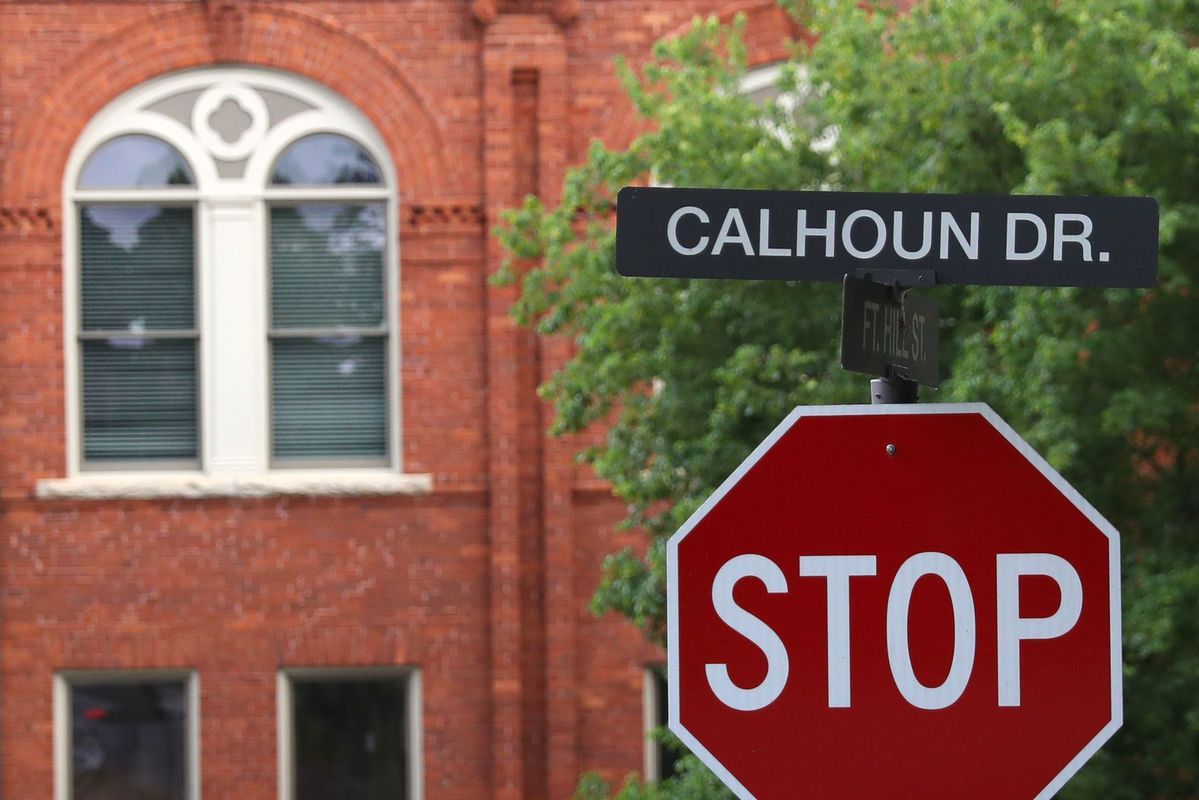 A view of Calhoun Drive on the campus of Clemson University on June 10, 2020 in Clemson, South Carolina. The campus remains open in a limited capacity due to the Coronavirus (COVID-19) pandemic. (Photo: Agencies)

The US administration's new policy of prohibiting foreign students from taking online-only courses in the United States this fall has sparked a backlash from leading educational institutions, with some now taking legal action against it.

The guidance issued by Immigration and Customs Enforcement on Monday terminates F1 and M1 visa programs for international students in academic and vocational studies if their schools operate under a remote-learning model this fall. Under the rule, if these students do not transfer to schools offering at least partial in-person instruction, they would have to leave the US or face deportation.

Leaders at several top universities used terms such as "cruel", "destructive", "senseless and unfair" to denounce the guidance and pledged support for international students while urging the White House to take a more flexible approach.

Harvard University and Massachusetts Institute of Technology sued the administration of President Donald Trump over the directive on Wednesday, arguing that ICE's decision not to provide an exemption for online-only courses puts them in the "untenable situation" of either proceeding with their plans to operate fully or largely online or attempting to provide in-person learning.

The lawsuit stressed the challenges posed to students as they are largely unable to transfer to universities providing in-person instruction in the few weeks before the fall semester starts, and it's "impossible, impracticable, prohibitively expensive" for many of the students to participate in online instruction from their home countries.

Harvard is the latest institution to announce a virtual-only operating model for the fall semester, which means its approximately 5,000 international students would have to leave the country under the ICE directive.

"The order came down without notice－its cruelty surpassed only by its recklessness. It appears that it was designed purposefully to place pressure on colleges and universities to open their on-campus classrooms for in-person instruction this fall, without regard to concerns for the health and safety of students, instructors and others," said Harvard President Larry Bacow.

The University of Southern California has joined an amicus－friend of the court, a party that offers the court its insights－brief strongly supporting the lawsuit filed by Harvard and MIT and is actively considering all other legal options, USC President Carol Folt said on Wednesday.

"We are also working with our Congressional delegation and fellow universities on legislative and other solutions to this terribly misguided decision," Folt wrote on social media.

"Issued without warning or broad consultation, the policy could negatively impact countless international students, and restrict research and competitiveness not only here but at research universities across the nation," USC said in a statement on Wednesday.

Meanwhile, around 240,000 people have signed a petition on the White House website as of Thursday demanding that ICE allows F1 students to stay in the US through the fall semester if teaching is online due to the pandemic.

"I think this policy is outrageous. It is inhumane to force international students to return to their home country during this time when the pandemic is still serious around the world," said Bebe Huang, a graduate student at Georgetown University. Huang's university will operate on a hybrid model with most classes online and limited space on campus for students.

More than 1.1 million foreign students currently have active student visas, according to the US Department of Homeland Security. Data from The Chronicle of Higher Education, which is tracking nearly 1,100 colleges and universities' reopening plans, shows that 8 percent of schools are planning to be online-only, and the majority are planning to offer in-person instruction or a hybrid model combining both methods.

Though their international students are largely not affected by the new rule, some universities that offer the hybrid model also expressed strong opposition, such as Cornell University. It joined the lawsuit by Harvard and MIT as an amicus.

Mary Sue Coleman, president of the Association of American Universities, said in a statement that the ICE policy is "immensely misguided and deeply cruel" to international students.

"It is also likely to do further damage to our nation's universities, which are already struggling with unprecedented uncertainty, massive logistical complications, and significant financial losses due to the ongoing COVID-19 pandemic," she said.

Columbia University President Lee Bollinger said in a university-wide email that the school "must continue to vigorously oppose immigration policies that damage Columbia, higher education, the national interest, and the international students, researchers and faculty who immeasurably enrich our institution and the intellectual and personal experiences of each of us".

Immigrant advocates also criticized the Trump administration for using the pandemic to advance its anti-immigration agenda.

"This policy is both unconscionable and unworkable. Rather than address the public health crisis with leadership, the Trump administration is weaponizing the pandemic to further restrict access to our immigration and education systems," said Hong Mei Pang, director of advocacy at Chinese for Affirmative Action.

Dong Leshuo and Zong Yi in Washington and Chen Yingqun in Beijing contributed to this story.