Unknown group attacks US base in eastern Syria: state media 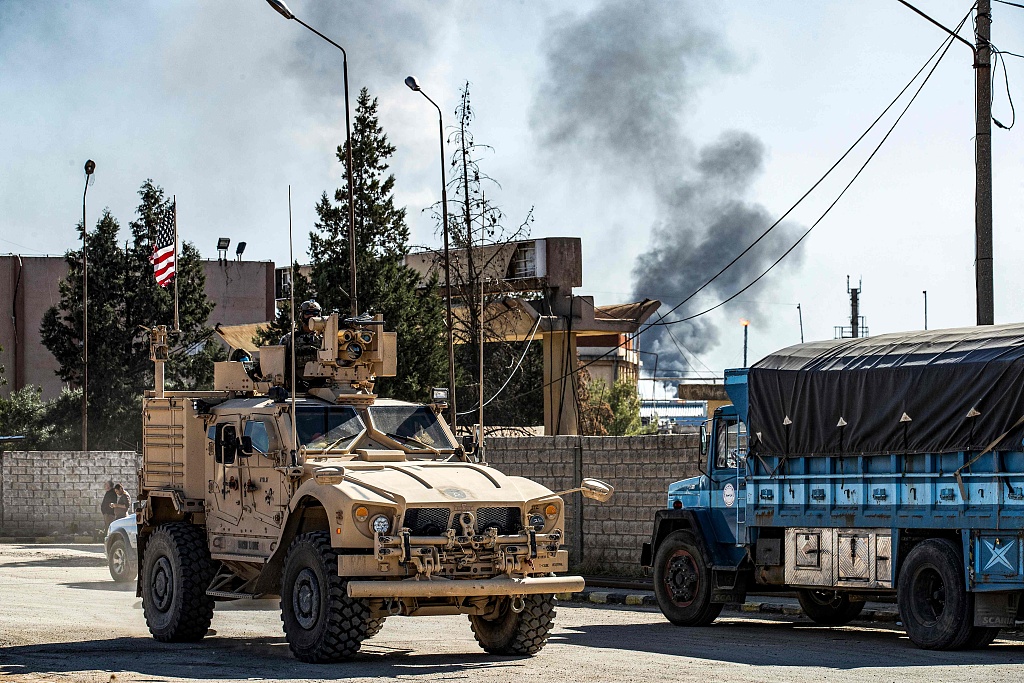 File photo: A US military armoured vehicle drives in a patrol past an oil well in Rumaylan (Rmeilan) in Syria's northeastern Hasakeh province on November 6, 2019./ VCG

DAMASCUS, Dec. 6 (Xinhua) -- An unknown group attacked a U.S. base in an oil field in the eastern province of Deir al-Zour overnight, pushing the U.S. forces to respond, state news agency SANA reported on Friday.

The attackers targeted the base located in the al-Omar oil field in the northeastern countryside of Deir al-Zour as truckloads of military gears were reaching the base, said SANA.

The U.S. forces responded with artillery shelling and flare bombs, according to the report.

SANA made no mention of who could be behind the attack, but slammed the U.S. presence in that area as "illegitimate."

Meanwhile, the Britain-based war monitor, Syrian Observatory for Human Rights, said 25 truckloads of military gears entered the al-Omar oil field overnight in tandem with a military training of the U.S. forces and their allies of the Kurdish-led Syrian Democratic Forces in the vicinity of the oil field.

The training also included dropping of flare bombs in the area, said the observatory, without mentioning any attack on the base.