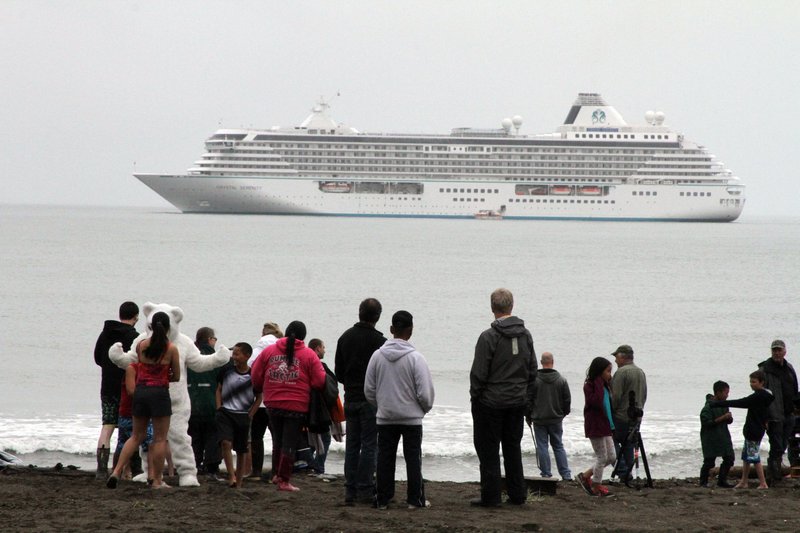 LOS ANGELES, Dec. 2 (Xinhua) -- An unknown illness struck passengers aboard a cruise ship and forced it to go back to the Port of Los Angeles, the second time in about a week for the ship to dock at the harbor for an outbreak of illness.

According to the Los Angeles Fire Department, paramedics on Sunday evaluated 19 people suffering from the flu-like illness after the cruise ship Norwegian Joy sailed back, but all patients declined transport to a hospital.

On Nov. 24, a similar incident occurred aboard the same ship, in which six passengers fell ill, and four of them were transported to hospital with gastrointestinal upset.

The US Centers for Disease Control and Prevention (CDC) released an investigation update on its official website on Nov. 25, saying 127 of 3,602 passengers reported being ill during the voyage from Nov. 8 to 24, but the causative agent was unknown.

Local media reported it could be norovirus outbreaks from contaminated food and the flu-like disease often gets attention for outbreaks on cruise ships.

Norwegian Cruise Line, the third-largest cruise line in the world by passengers based in Florida, issued a statement which said that during Norwegian Joy's latest trip, "a few guests on board experienced a stomach related illness, to mitigate any impact of this rare occurrence, we implemented stringent sanitation procedures."

Los Angeles County Supervisor Janice Hahn also issued a statement Sunday night, calling on CDC to work closely with the county's public health officials to ensure the passenger illnesses aboard the ship do not become an infectious disease outbreak in the harbor area.

"This is the second time in a week that this ship has been forced to dock at the Port of Los Angeles due to passenger illness and it raises serious concerns about the hygiene of this ship. If the ship is not cleaned to a point that ensures the health and safety of its passengers, it should not be allowed to leave dock," the statement read.