Up to 13 feared dead in volcanic eruption off New Zealand 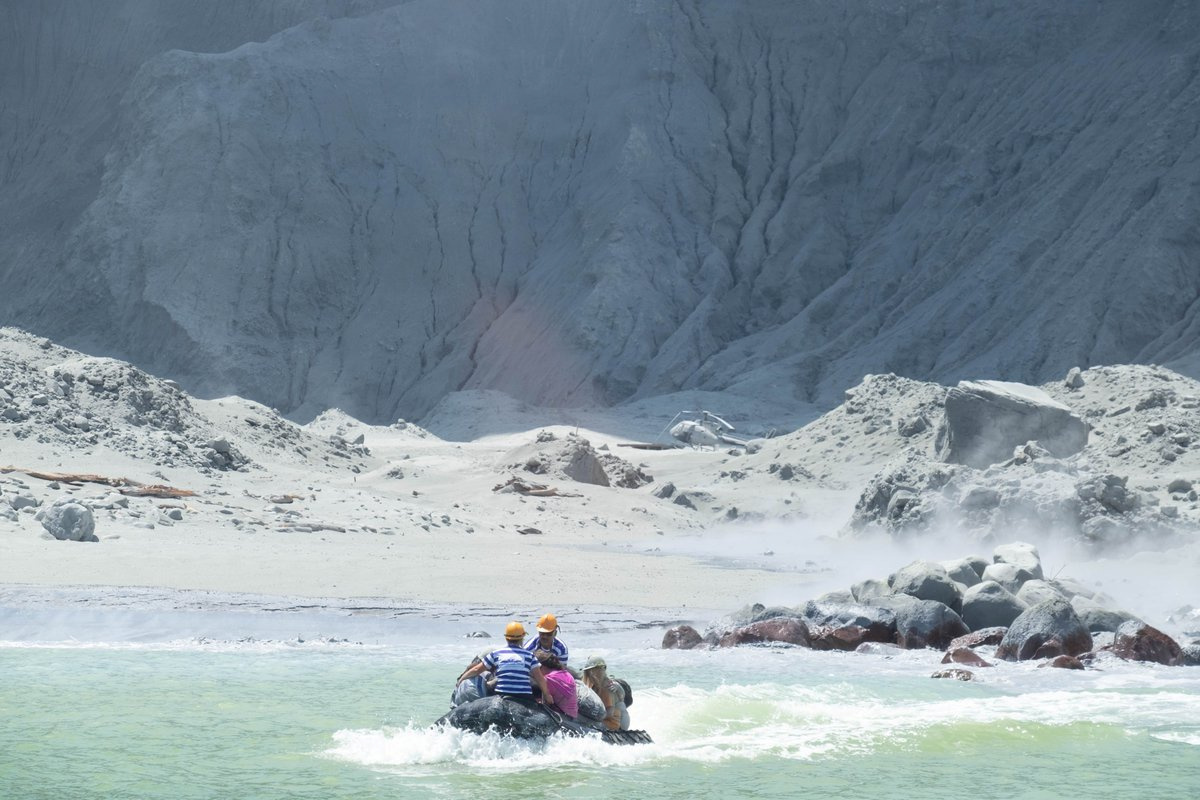 Tour guides evacuate tourists on a boat shortly after the volcano eruption on White Island, New Zealand December 9, 2019 in this picture obtained from social media. [Photo/Agencies]

A volcano off the New Zealand coast erupted Monday with a towering blast of ash and scalding steam as dozens of tourists were exploring its moon-like surface, killing five people and leaving eight others missing and feared dead, authorities said. Helicopter crews landed on White Island despite the danger and helped evacuate the dozens of survivors, some of them critically injured.

Hours after the disaster, authorities said the site was still too dangerous for rescuers to search for the missing. But aircraft flew over the island repeatedly, and “no signs of life have been seen at any point,” Prime Minister Jacinda Ardern said.

The missing and injured included New Zealanders and tourists from the U.S., China, Australia, Britain and Malaysia, the prime minister said. Some of those who were exploring the volcano were passengers from the Royal Caribbean cruise ship Ovation of the Seas, docked on neighboring North Island.

The terrifying disaster immediately raised questions of why people were allowed to visit the island some 30 miles (50 kilometers) off mainland New Zealand after scientists had noted an uptick in volcanic activity in recent weeks. White Island is the tip of an undersea volcano. 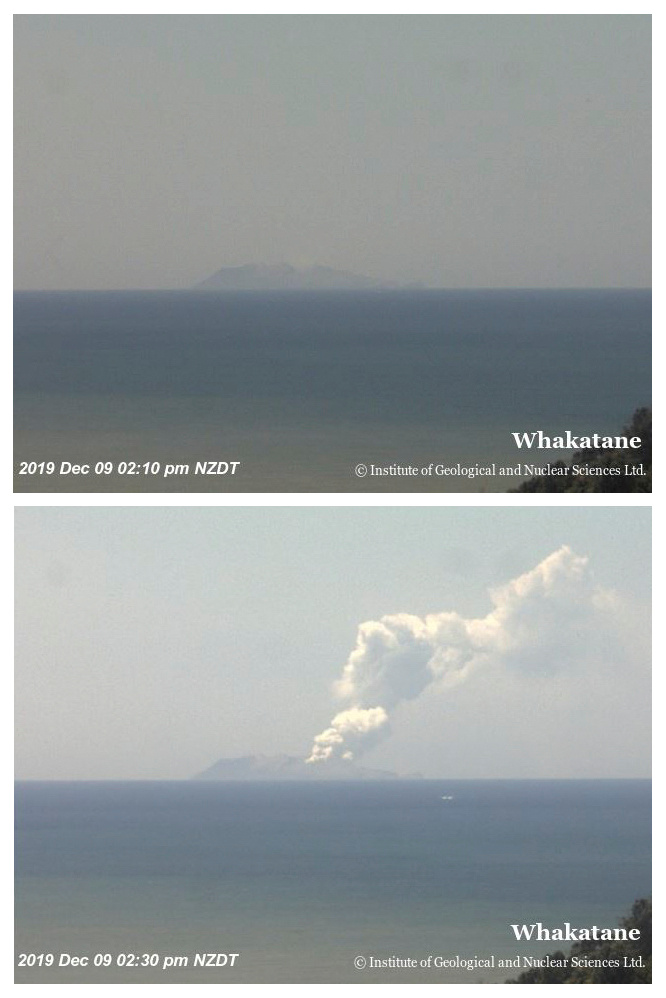 Authorities said 47 people were on the island at the time. Some were walking along the rim of the crater just before the eruption. In addition to the dead and missing, 31 survivors were hospitalized and three others were released, officials said. Some of the victims were reported severely burned.

The eruption took place about 2 pm and consisted of two explosions in quick succession, the prime minister said. It sent a plume of steam and ash an estimated 12,000 feet (3,660 meters) into the air. One of the boats that returned from the island was covered with ash half a meter (yard) thick, Ardern said.