WORLD Up to three quarters of UK's new COVID cases are of India-related variant: health secretary

Up to three quarters of UK's new COVID cases are of India-related variant: health secretary

LONDON, May 27 (Xinhua) -- British Health Secretary Matt Hancock said Thursday that almost half, and possibly three-quarters, of all new cases in Britain are of the India-related variant. 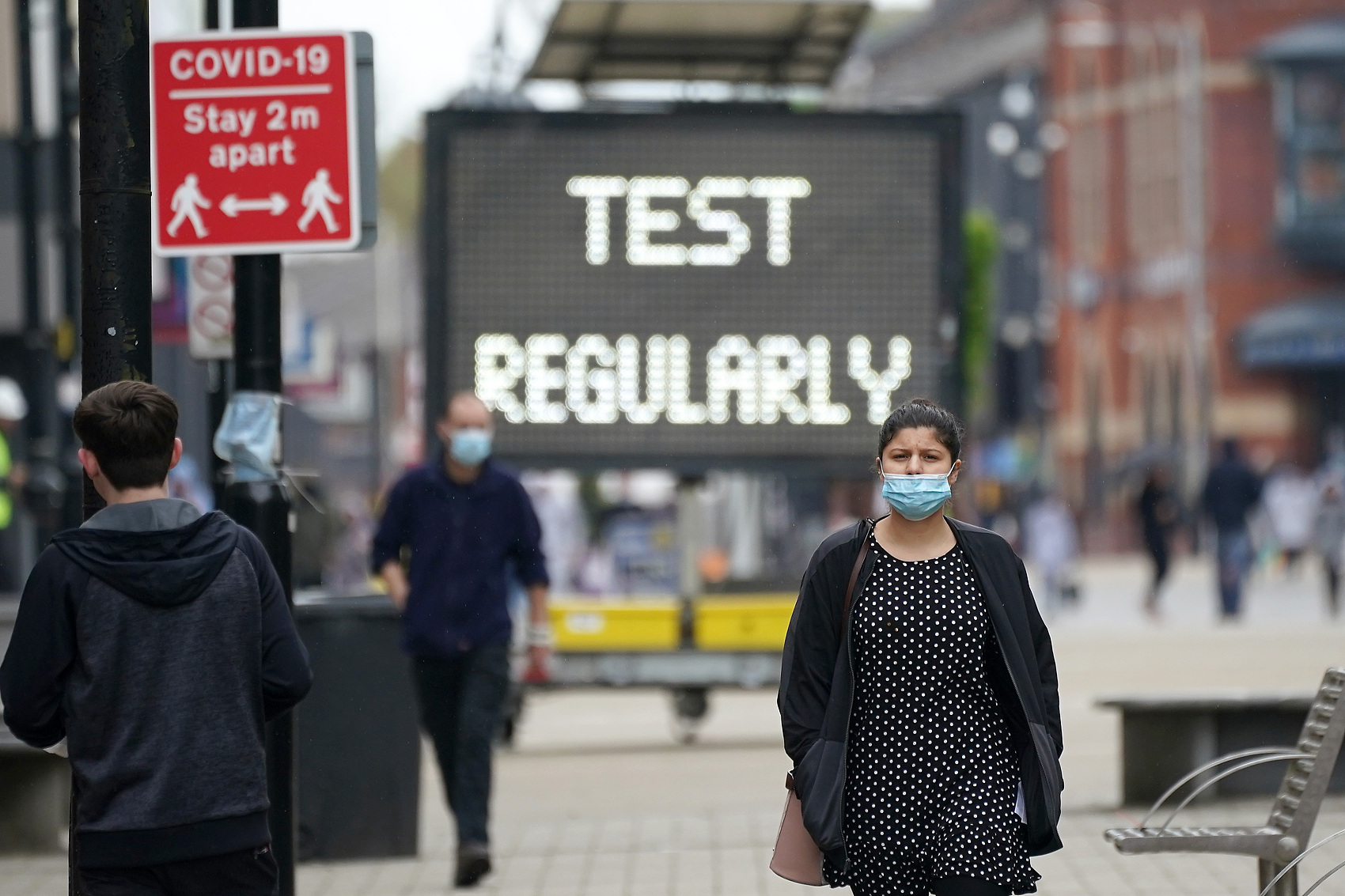 People shop and go about their daily life in Bolton town centre as surge testing and rapid coronavirus vaccinations continue on May 26, 2021 in Bolton, England. (File photo: CFP)

Speaking at a press conference at Downing Street, Hancock said: "We always expected cases to rise as we rolled out the roadmap -- we must remain vigilant."

Noting that another 3,542 people in Britain have tested positive for COVID-19 in the past 24 hours, the highest since mid-April, Hancock said the government is "unwavering in our focus to protect life from this daily virus".

On a more positive note, Hancock said the vaccine "is severing the link between cases and hospitalisations", urging the public to take the vaccines when offered so that cases alone no longer require stringent restrictions.

The increase in cases remains focused in hotspots where surge testing and vaccines rollout are taking place, he added.

According to Hancock, three in four adults now have antibodies with vaccinations estimated to have prevented 200 deaths and 600 hospitalisations last week.

Dr Jenny Harries, chief executive of the UK Health Security Agency, said there has been a "sustained and sharp decline" in cases from the middle of January but more recent data showed a "suggestion" of an upward rise.

Asked why lockdowns are being eased amid increasing concerns over the India-related variant, Hancock said the situations are being monitored, but that vaccines look to be effective against the new variant.

People were also allowed to travel abroad to a number of "green-list" countries without having to quarantine upon return as the ban on foreign travel has also been lifted.

The British government's roadmap is expected to see all legal limits on social contact to be removed on June 21.

"As I have said many times I don't see anything currently in the data to suggest that we have to deviate from the road map, but we may need to wait," he said during a visit to a hospital.

More than 38.6 million people in Britain have been given the first jab of the coronavirus vaccine, according to the latest official figures.