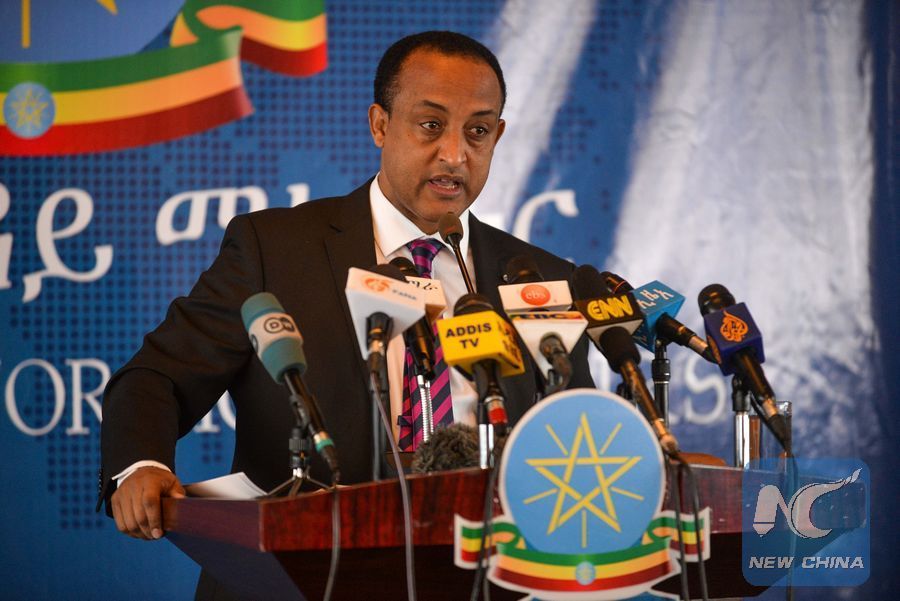 The upcoming Beijing Summit of the Forum on China-Africa Cooperation (FOCAC) will be a good showcase of South-South cooperation, an Ethiopian official said on Thursday.

Speaking to Xinhua, Meles Alem, Spokesperson of the Ethiopian Ministry of Foreign Affairs, said the FOCACBeijing summit has already shown that it is the ideal forum on political and economic issues between China and Africa.

FOCAC, which was founded 18 years ago, remains an important instrument in China-Africa cooperation, said Alem. "In fact it's the best practice of South-South cooperation."

Alem emphasized that the upcoming FOCAC summit comes at a time of rapidly growing economic, political and educational ties between African continent and China.

"Many Africans are trained in China. Chinese experts are also contributing to the development endeavors of the continent. Therefore, FOCAC would continue to be an important instrument in the diplomatic ties between our continent and China," he further said.

With Ethiopia, a previous host to FOCAC in 2003 and a seat of the African Union, expected to be a key participant in the FOCAC Beijing summit, Alem was keen to highlight the longstanding ties between China and Ethiopia, one of Africa's oldest continuous civilizations.

"These two are old civilizations, great civilizations. They have traditional ties before time immemorial. The formal diplomatic ties started in 1970. Since then the political, social relations has been very strong," said Alem.

"China is a front-runner in supporting Ethiopia's infrastructure development from the Light Rail Line in AddisAbaba to many tarmac roads in different parts of the country, to the Addis Ababa-Adama and Addis Hawassa expressways and many other projects and we have a good number of Ethiopians trained in China," said Alem.