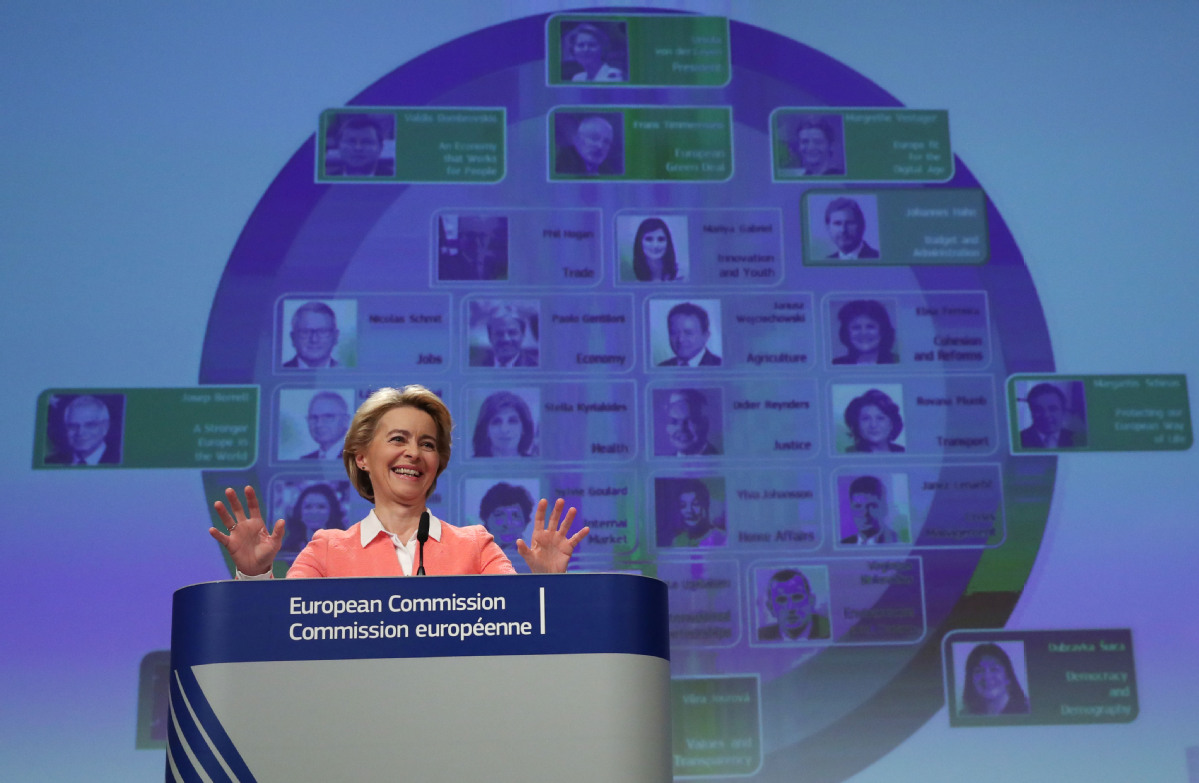 Her proposed appointments must be approved by members of the European Parliament, or MEPs, before taking office on Nov 1. The parliament will convene next week in Strasbourg, France, but approval of all nominees is not certain.

All nominees will have to appear at parliamentary hearings expected to start on Sept 30 before a final vote on the entire team at a plenary session in October.

The executive team picked by the first woman to lead the commission for five years consists of 13 women and 14 men and includes a member from each state of the European Union.

"The team will shape the European way: We will take bold action against climate change, build our partnership with the United States, define our relations with a more self-assertive China and be a reliable neighbor, for example to Africa," she said on Tuesday, without elaboration on the relations with China.

"My commission will be a geopolitical commission committed to sustainable policies. And I want the European Union to be the guardian of multilateralism."

Among the five vice-presidential nominees, Josep Borrell, a former Spanish foreign minister, would serve at High Representative of the European Union for Foreign Policy and Security Policy.

Frans Timmermans of the Netherlands, who has been an executive vice-president overseeing regulations and interinstitutional relations, would now oversee the European Green Deal and climate action policy, an issue that is top of the EU's agenda.

"I want the European Green Deal to become Europe's hallmark. At the heart of it is our commitment to becoming the world's first climate-neutral continent," von der Leyen said.

Margrethe Vestager of Denmark is tasked with an agenda of "Europe Fit for the Digital Age" and would continue as commissioner for competition. Vestager has already made a name as an commissioner under outgoing Commission President Jean-Claude Juncker for promoting strong antitrust regulations, drawing criticism from US President Donald Trump's administration.

As an executive vice-president, Valdis Dombrovskis from Latvia would oversee an "Economy that Works for People" and be the commissioner for financial services.

Phil Hogan, from Ireland, the incumbent commissioner for agriculture, would take over the commission's trade portfolio.

Von der Leyen called for sharper trade weapons to take on Trump and tasked Hogan with developing new retaliation powers to hit back specially against countries that are blocking the dispute settlement system of the World Trade Organization, a message clearly directed at the US, according to the Politico news website.

If approved by the European Parliament, the new commission members would assume office only one day after the scheduled Oct 31 deadline for Britain's departure from the EU, a major challenge facing the bloc.

To pave way for the parliamentary approval, von der Leyen met on Tuesday afternoon with leaders of the main political groups in the parliament, including Manfred Weber from the conservative European People's Party, Iratxe Garcia from the Progressive Alliance of Socialists and Democrats, and Dacian Ciolos of the liberal Renew Europe.

Politico quoted officials from the main political groups as saying they would start work on assessing backgrounds and portfolios of commissioners at internal meetings in the coming days.