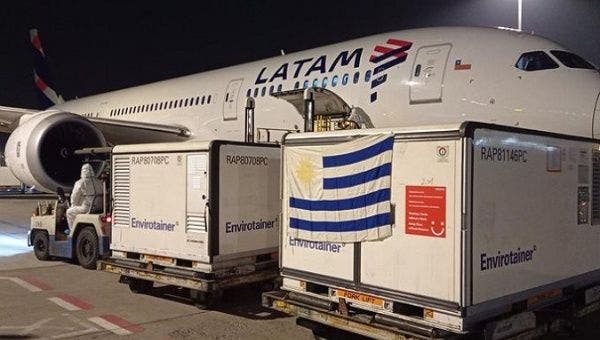 A cargo plane carrying the doses landed at Carrasco International Airport in the afternoon on a flight from Beijing.

Uruguay launched a vaccination campaign on March 1 to combat COVID-19 following the arrival of the first batch of vaccines also from Sinovac.

More than 7 percent of the population has now been immunized with at least a first dose.

Initially, the vaccination campaign targets people aged 50 to 70 and essential workers in the healthcare, education and security sectors.

The South American country has registered 72,862 coronavirus cases with 717 deaths as of Monday.