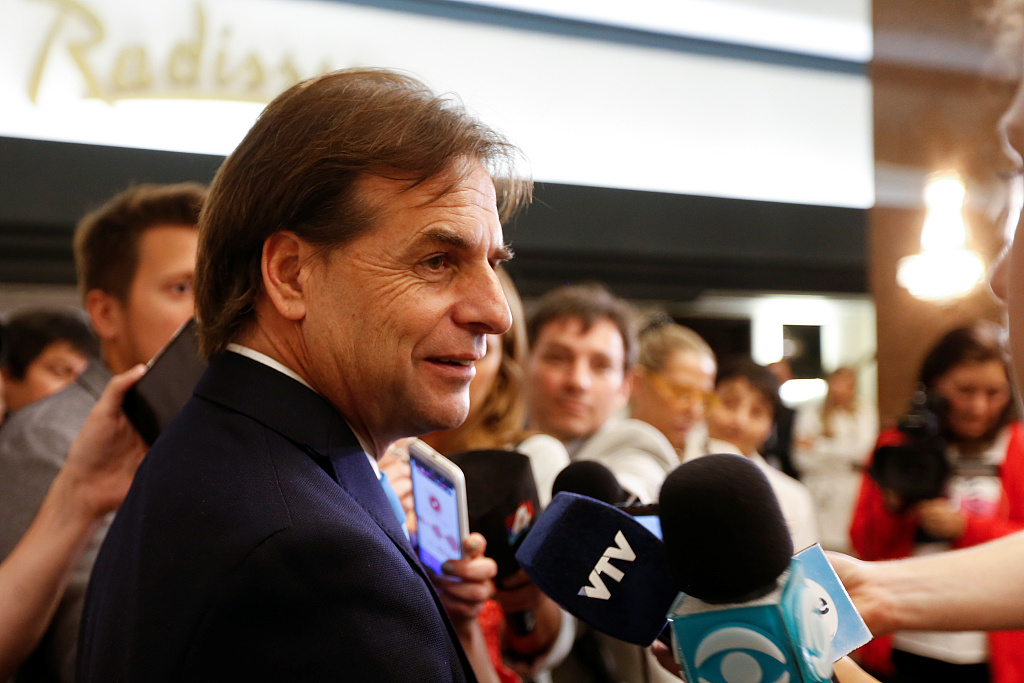 "The president and vice president-elect of the republic for the period of March 1, 2020, to March 1, 2025, are hereby proclaimed as the citizens Mr. Luis Alberto Lacalle Pou and Mrs. Beatriz Argimon Cedeira, respectively," the electoral body announced in a statement.

The official act proclaiming the president-elect was signed by the president of the Electoral Court, Jose Arocena, its vice president, Wilfredo Penco, and the other seven members of the body.

The unanimously approved text will be sent "to the Office of the President of the Republic, the General Assembly, and the proclaimed citizens."

According to the final ballot count, which was announced on Saturday by the Electoral Court, Lacalle Pou of the National Party obtained 48.8 percent of the votes to the 47.3 percent obtained by Daniel Martinez of the ruling Broad Front coalition.

The ticket headed by Lacalle Pou and Argimon received 1,189,313 votes and that of Martinez and Graciela Villar received 1,152,271 votes.

Lacalle Pou, a 46-year-old lawyer who created a coalition in the second round presidential election with four other center-right parties, will assume the presidency on March 1, 2020, when the mandate of current president Tabare Vazquez concludes.