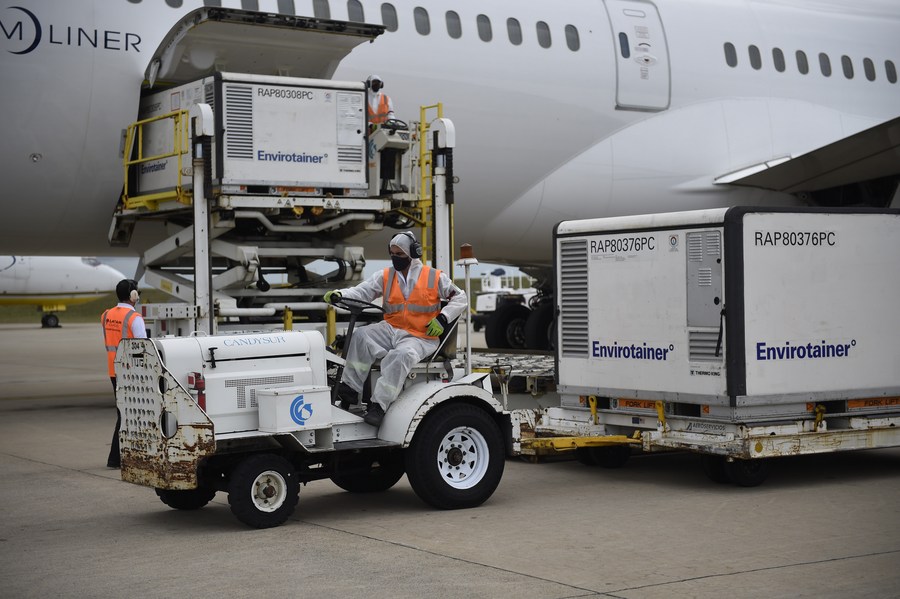 Speaking to reporters after getting vaccinated at the Maciel public hospital in Montevideo, Lacalle Pou thanked the "professionalism, humanism and disposition of the technical and medical teams, who are on the frontlines of vaccinating." The president had announced before the start of the vaccination campaign which began on March 1 that he would be vaccinated when it was the turn of his age group.

The vaccination campaign targets those aged between 50 to 70 and over 80, and healthcare workers, education workers and members of the security forces, while during the Holy Week that started on Monday and will last until Saturday, all citizens over 18 years old are allowed to get inoculated.

Lacalle Pou acknowledged Uruguay is going through a "difficult" time, with an increase in COVID-19 cases "putting pressure on the last barrier, which are the ICUs (Intensive Care Units)."

Less than a month into the immunization drive, Uruguay has vaccinated more than 530,000 people, which is close to 15 percent of its population.