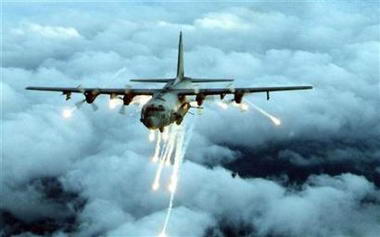 The US military says it killed a total of 37 Islamic extremists in two airstrikes in Somalia.

US Africa Command, which carries out counterterrorism missions in Somalia and elsewhere in Africa, said in a statement Tuesday that both airstrikes were conducted on Monday.

It said 27 members of the al-Shabab extremist group were killed in the first strike and 10 in the second. It said it believes no civilians were killed or injured.

Africa Command said the airstrikes were carried out in coordination with the government of Somalia.