Beijing (People’s Daily) - NATO leaders on Wednesday endorsed a new Strategic Concept of the alliance in a summit held in Madrid, which accused China of posing “systemic challenges” to Euro-Atlantic security. By raising a new “common challenge”, the US attempted to sell its goal of containing China to become a NATO consensus, experts said. 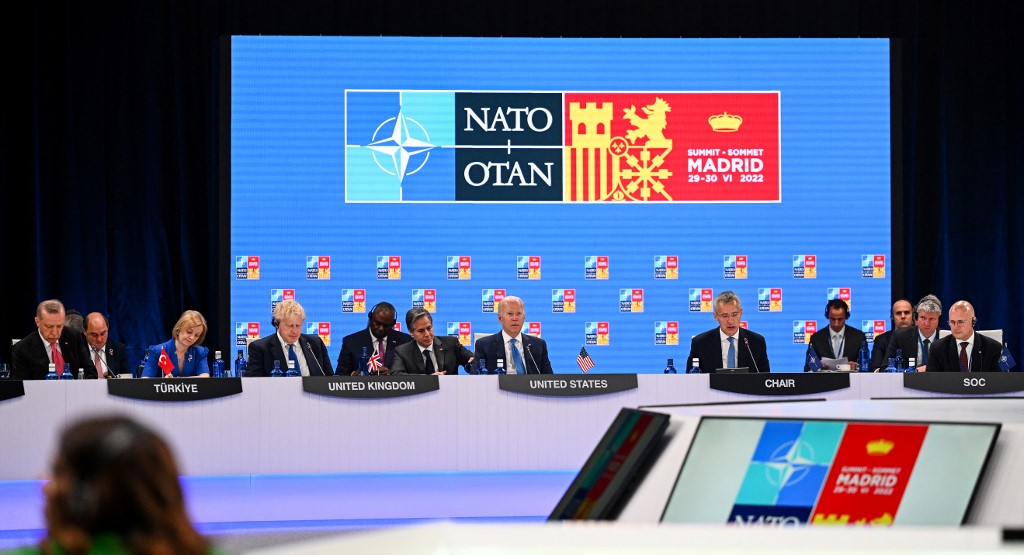 Heads of State and Government attend the first plenary session of the NATO summit at the Ifema congress centre in Madrid, on June 29, 2022. (Photo: AFP)

“NATO has long clung to the outdated security concept and become a tool for a certain country to maintain hegemony,” said Zhao. “What NATO should do is to give up the Cold War mentality, zero-sum game mindset and the practice of making enemies, and stop seeking to disrupt Asia and the world after it has disrupted Europe.”

It is the first time the military alliance is addressing so-called “challenges” posed by China in the key document, which has not been updated since 2010. The new concept shows that the US-led alliance is shifting more weight back to the conventional geographic politics in the next decade, said Sun Chenghao, a fellow at the Center for International Security and Strategy, Tsinghua University.

Experts expressed no surprise to the label. NATO leaders have adopted the narrative in a gathering last June, which Joe Biden attended for the first time as US President. In the Madrid summit, the US expected its perception of China and China-Russia relations to become a consensus in the 30-member military organization, said Zhao Chen, fellow at the Institute of European Studies, Chinese Academy of Social Sciences.

The Biden Administration sensed the Russia-Ukraine crisis is a chance to align its Atlantic and Pacific strategic objections. As the most powerful driver behind NATO’s strategic recalibration, the US eyes to extend the military alliance’s reach to Asia and Pacific and create an “Asia-Pacific version of NATO”, said Sun.

The US has coordinated the intensified interactions between NATO members and its Asian allies, intending to “shape the environment around China" and magnify the “China threat” theory, Sun told the People’s Daily.

An unusual arrangement in the Madrid summit was the attendance of leaders of Japan, South Korea, Australia and New Zealand. The four countries were invited for the first time as partners to the NATO gathering.

Although the “challenges” from China were written into the document, it also states that the organization remains open to “constructive engagement” with China. Experts said there are differences in the perception of China between the US and other NATO members.

NATO craves “common rivalry” and “common challenge” to unite its members and solve the conundrum of the loss of identity and target left by the end of the Cold War. China is portrayed as the most serious external challenge in the US perception to unite NATO. However, its European members prioritize other issues as more pressing security challenges as the Russia-Ukraine crisis remain unsolved, said Sun.