BAGHDAD, Dec. 14 (Xinhua) - The US Embassy in Iraq on Saturday accused Iran's proxies of carrying out attacks on Iraqi military bases where US troops are stationed. 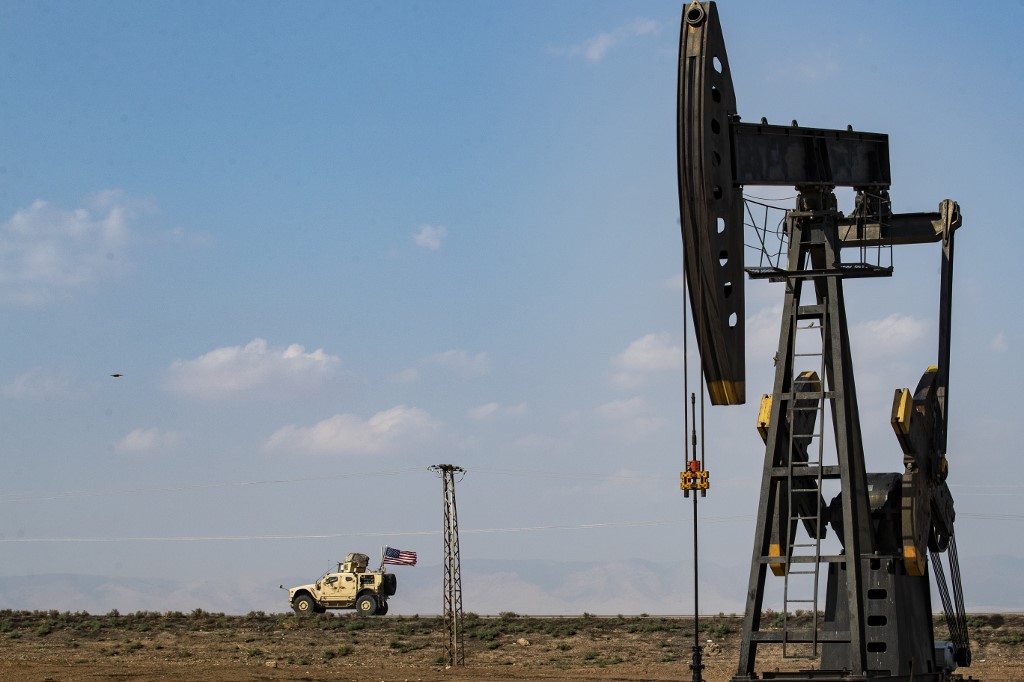 A US military vehicle, part of a convoy arriving from northern Iraq, drives past an oil pump jack in the countryside of Syria's northeastern city of Qamishli on October 26, 2019. (Photo: AFP)

A statement by the embassy issued on its Facebook page recalled several attacks on military bases in Iraq, and warned "Iran's leaders that any attacks by them, or their proxies of any identity, that harm Americans, our allies, or our interests will be answered with a decisive US response."

"Iran must respect the sovereignty of its neighbors and immediately cease its provision of lethal aid and support to third parties in Iraq and throughout the region," the statement said.

Several Iraqi military bases with US forces were attacked recently by rockets and mortar rounds by unidentified militant groups in the provinces of Salahudin, Anbar and at the perimeter of Baghdad International Airport, but no casualties among US troops were reported.

Over 5,000 US troops have been deployed in Iraq to support the Iraqi forces in the battle against Islamic State (IS) militants, mainly providing training and advising to the Iraqi forces.

The troops are part of the US-led international coalition that has been conducting air raids against IS targets in both Iraq and Syria.