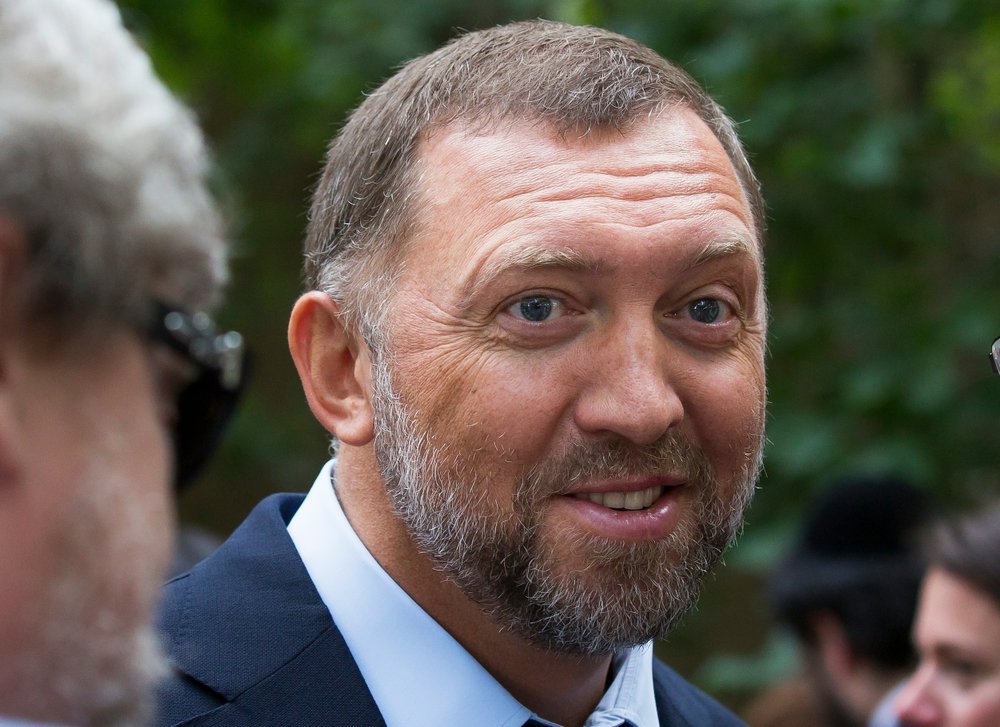 To the Treasury and supporters of the move, it was an example of sanctions working as they should by changing a target’s behavior in nine months under suffocating restrictions on trade. Due to the sanctions, Deripaska, a tycoon who has been close to the Kremlin, agreed to reduce his shareholdings to below 50 percent.

Congressional Democrats and some Republicans, however, worry that Deripaska could retain significant influence, even as he himself stays under sanctions.

Here is a look at Deripaska, his companies, and possible consequences of the Treasury ruling.

With his cropped hair and scruffy beard, Deripaska was a familiar face to Russians long before he was dragged into in the US furore over the 2016 election.

Amid the economic chaos that followed the Soviet Union’s collapse, the trained physicist became a major player on the Russian metals market even before his 30th birthday. Even among Russian billionaire businessman, Deripaska’s also notable for his closeness to Russian President Vladimir Putin. A leaked US diplomatic cable from 2006 described him as “among the 2-3 oligarchs Putin turns to on a regular basis.”

The Belarusian model and self-described sex coach Anastasia Vashukevich — known by her pseudonym Nastya Rybka — said last year that she had obtained details of Deripaska’s alleged role in US election meddling while spending time on his yacht. Vashukevich was arrested in Thailand last February and deported this month. She is now in Russia.

Vashukevich earlier indicated she would turn over the recordings she claimed to have if the US could help secure her release, but she later withdrew the offer, suggesting that she and Deripaska had reached an agreement. Deripaska won a Russian defamation suit against Vashukevich and another man last year.

The US decision in April 2018 to sanction Rusal — the massive aluminum producer then controlled by Deripaska — had a big impact. Shares in the company plunged over 50 percent, and supply chains around the world were disrupted.

That exposed both the power and the limits of US policy toward Russia, says Tom Adshead of Moscow-based consultancy Macro-Advisory.

Previous sanctions had been written to minimize damage to other sectors of the economy, and in particular Western businesses buying Russian commodities. That changed with Deripaska.

By barring almost any commercial relationship with one of the world’s largest producers of a metal key to international supply chains, US policymakers ensured this time the economic pain would be felt not only in Russia.

“There was collateral damage that wasn’t desirable,” Adshead said. Besides an immediate jump in aluminum prices, that included economic uncertainty for Rusal’s employees outside Russia in countries like Sweden and Ireland.

The Rusal experience could mean the US is more cautious about sanctioning major market players in future, Adshead predicted.

After the sanctions were removed from Rusal on Monday, shares in the company rose to their highest since April, though they remained at only around two-thirds of their value prior to the sanctions.

The price of aluminum largely held steady as other companies have stepped into the void left by Rusal and increased supply, analysts say.

The main winners have been state-owned metal producers in China — just the ones the Trump administration has sought to stymie by imposing tariffs on Chinese aluminum.

The key condition of lifting sanctions on Rusal and Deripaska’s other companies is that the companies “reduced Oleg Deripaska’s direct and indirect shareholding stake in these companies and severed his control,” the Treasury said.

Whether that will actually prove to be the case was a key bone of contention in Congress, which voted this month to try to block the administration’s efforts to remove the sanctions. In the House, 136 Republicans joined Democrats to disapprove the deal while in the Senate 11 Republicans supported the move but fell short of the 60 votes needed.

Deripaska remains a significant minority shareholder — his En+ group says he holds “no more than 44.95 percent” — and other shares are held by smaller shareholders and independent trustees under an agreement with the Treasury.

There’s no other shareholder of the same size and a number of the other shareholders would probably agree with him on many strategic issues,” Adshead said. “Therefore it will almost certainly be run in the way he wants it to be run, but the point is that he no longer has as much freedom or control as he wanted.”