WORLD US actor speaks out over Asia Argento assault claim

US actor speaks out over Asia Argento assault claim 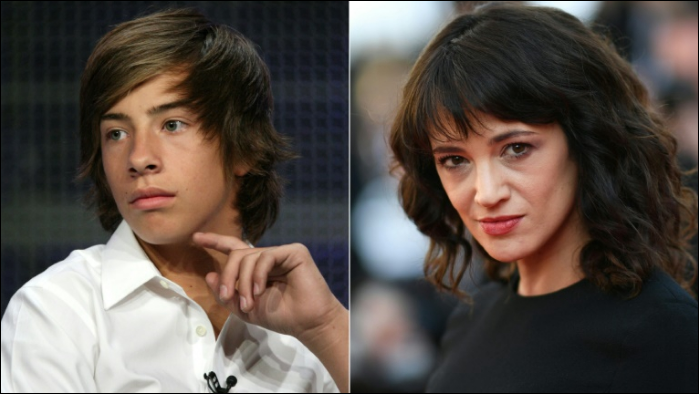 The US actor who accuses Asia Argento of sexually assaulting him as a teenager said Wednesday that he had been too "ashamed and afraid" to speak publicly against the Italian actress and abuse campaigner.

Argento, who shot into the headlines for accusing disgraced Hollywood producer Harvey Weinstein of rape, paid Jimmy Bennett hush money after he claimed that she sexually assaulted him in a California hotel room in 2013.

"I did not initially speak out about my story because I chose to handle it in private with the person who wronged me," Bennett said in a statement posted on his Instagram account Wednesday, his first public remarks on the matter.

"My trauma resurfaced as she came out as a victim herself," he added, saying he had not spoken publicly until now because he was "ashamed and afraid to be part of the public narrative."

The actor and rock musician was 17 years old at the time of the alleged assault. The legal age of consent in California is 18. Argento was 37.

The New York Times reported on Sunday that Argento paid Bennett 380,000 US dollars after his lawyers launched legal action, a month after Argento's accusations against Weinstein were made public.

On Wednesday, Bennet said he "tried to seek justice in a way that made sense to me at the time," on the grounds that he was "not ready to deal with the ramifications of my story becoming public."

"I didn't think that people would understand the event that took place from the eyes of a teenage boy," he said.

On Tuesday, Argento denied having a sexual relationship with Bennett, said the allegations were part of "a long-standing persecution" and that she was linked to Bennett "by friendship only."

Argento and Bennett acted together in the 2004 film "The Heart Is Deceitful Above All Things," in which the Italian plays his troubled mother.

She became a powerful voice for the #MeToo movement after accusing Weinstein of raping her when she was 21 in his hotel room in 1997.

Bennett's lawyers characterized the 2013 California encounter as "sexual battery" that traumatized the former child actor, threatening his mental health and income, according to the Times.