WASHINGTON, May 13 (Xinhua) - US actress Felicity Huffman on Monday pleaded guilty to federal charges, admitting that she shelled out thousands of dollars to a fixer who helped boost her daughter's college admission hopes. 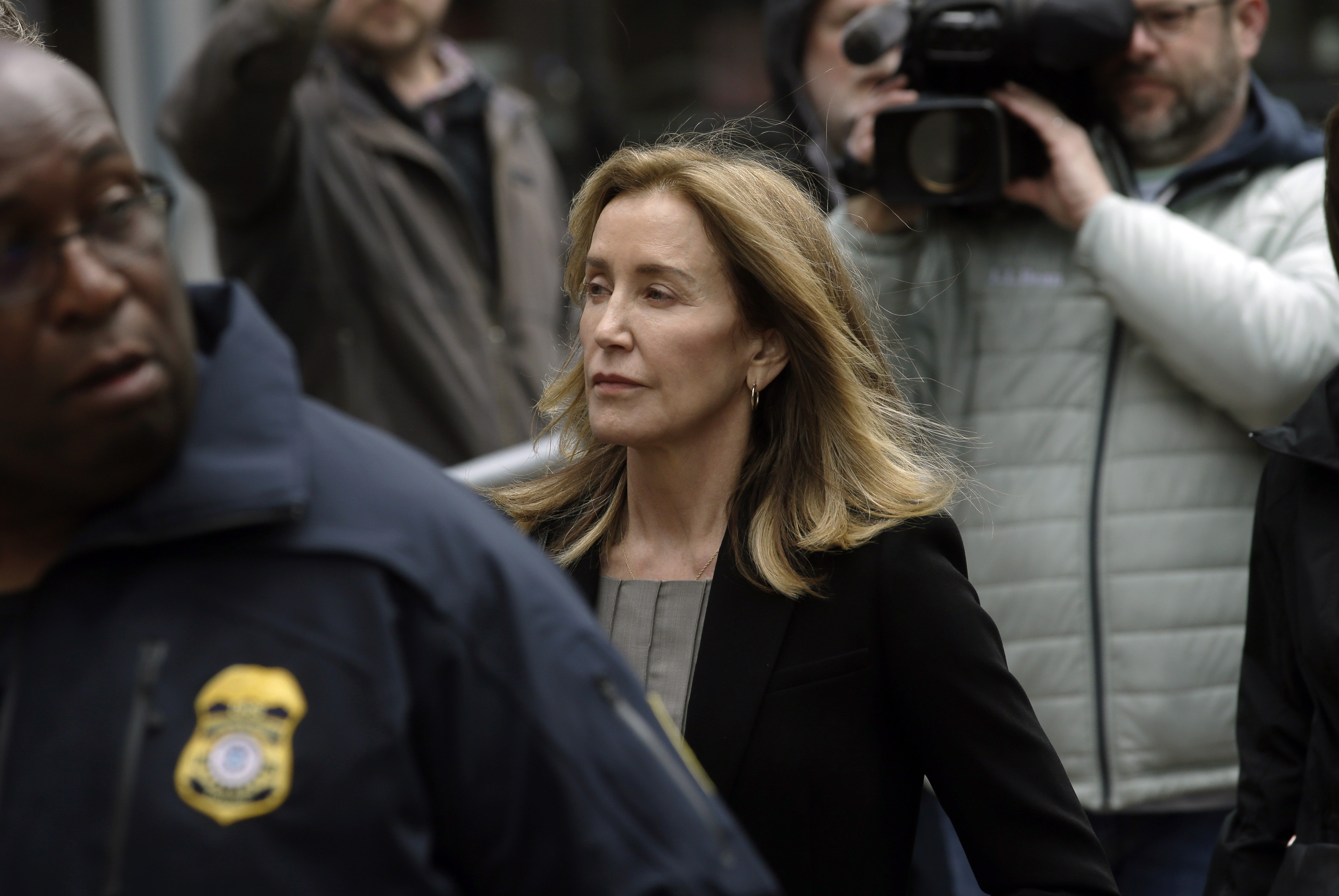 Felicity Huffman arrives at federal court Monday, May 13, 2019, in Boston, where she is scheduled to plead guilty to charges in a nationwide college admissions bribery scandal. (Photo: AP)

Huffman, 56, paid 15,000 dollars to correct answers on her daughter's SAT exam, a standardized test widely used for college admissions in the United States, leading to a remarkably improved score from the teen's Preliminary SAT performance, according to prosecutors.

Prosecutors on Monday recommended Huffman, who was arrested in March, receive four months behind bars.

She is scheduled to be sentenced on Sept. 13.

Also pleading guilty in a federal courtroom in Boston, Massachusetts, was Devin Sloane, a Los Angeles businessman who paid 250,000 dollars for his son to be admitted as a phony water polo recruit at the University of Southern California (USC).

Five parents have pleaded guilty in connection with the prosecution. Nine others have made agreements with prosecutors to plead guilty at a later date.

Huffman paid the money to a fund run by William "Rick" Singer, who helped well-heeled clients to either boost standardized test scores of their children or pass them off as elite athletes to be qualified for special or lower admissions standards.

Prominent schools such as Yale University, Stanford University, USC, and Georgetown University, among others, were implicated in the far-reaching probe, nicknamed Operation Varsity Blues, which was disclosed earlier this year.