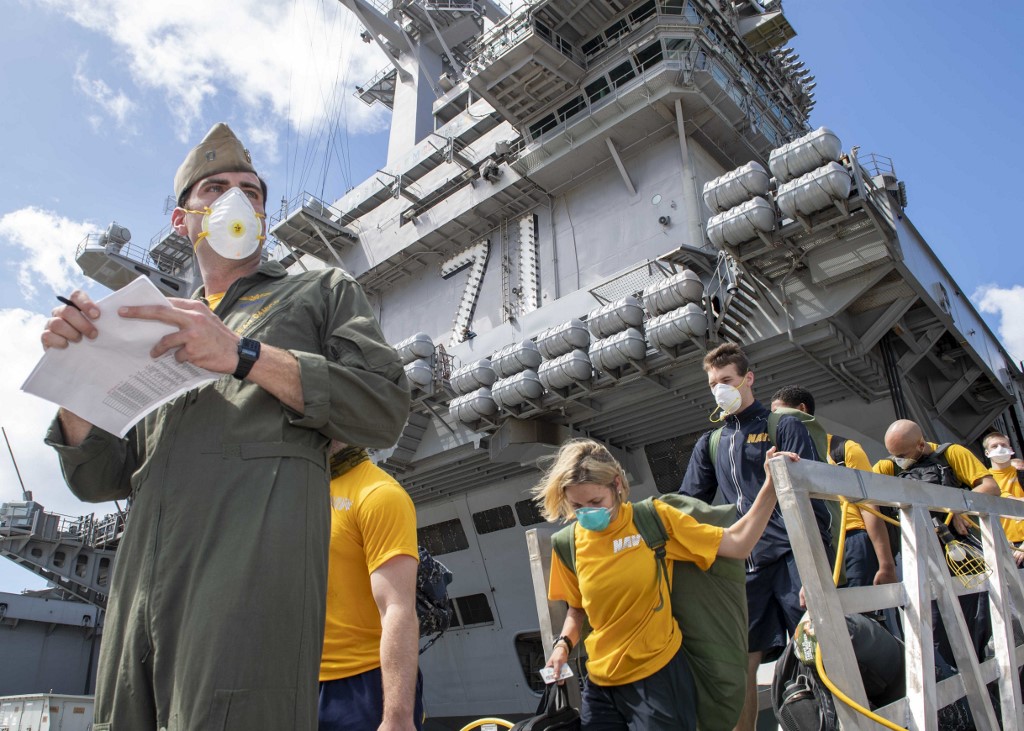 This handout photo released by the US Navy shows sailors assigned to the aircraft carrier USS Theodore Roosevelt (CVN 71) wearing face masks as they depart the ship to move to off-ship berthing, April 10, 2020. (Photo: AFP)

According to a press release from the Air Force, the 36th Wing constructed an Expeditionary Medical Support System or EMEDS, on the grounds of U.S. Naval Hospital Guam, where hundred of sailors infected with COVID-19 are being treated.

On Monday, the Navy reported that 94 percent of the crew from the Roosevelt had been tested for COVID-19. Of those, it said 678 sailors had tested positive while 3,904 others negative.

The EMEDS facility, estimated to be completed within a coup of days, consists of 11 medical units, and six warehouse units, the USAF said.

"It really is a culminated effort of many different units from multiple bases to pull off the logistics of getting all the supplies here for this operation," noted Lt. Col. David Johnson, Troop Commander for the operation.

Hickam Air Force Base in Hawaii and Joint Base Elmendorf-Richardson in Alaska provided assistance by flying over medical supplies, the press release added.