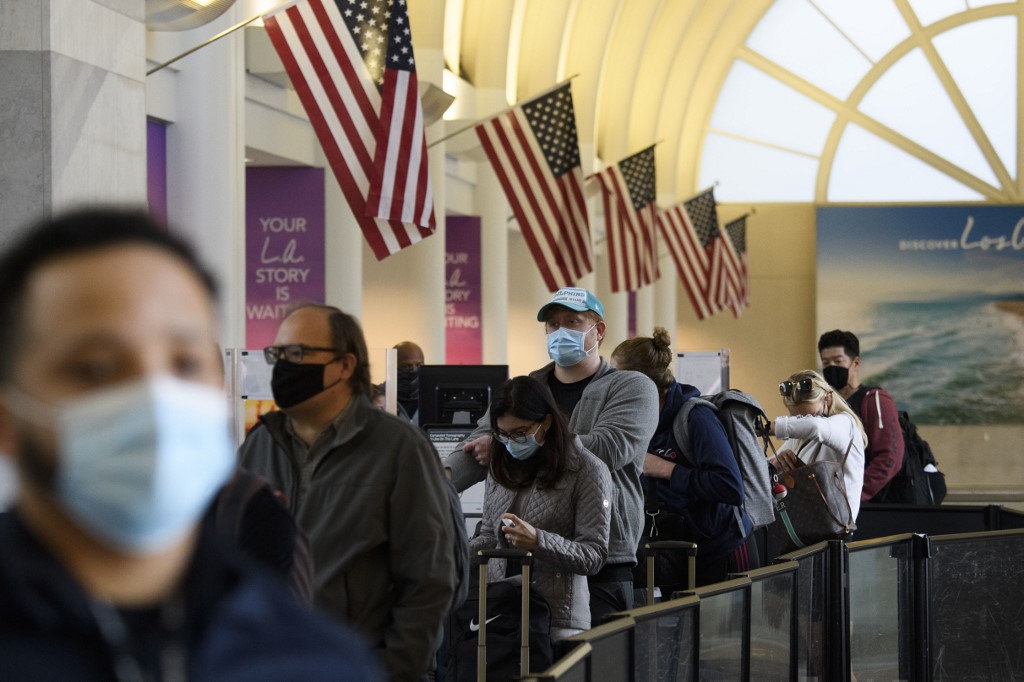 In this file photop assengers wait in line to enter a Transportation Security Administration checkpoint at Los Angeles International Airport ahead of the Thanksgiving holiday in Los Angeles, California, November 25, 2020. (Photo: AFP)

In a statement, the TSA said the total travel volume during the period ranges from 35 percent to 45 percent of 2019 volumes during the same time frame.

The COVID-19 pandemic cratered air travel in mid-March. On April 14, TSA screening volumes dropped to a low of 87,500, or just 4 percent of travel volume compared to the year prior.

Since then, travel volumes have exhibited "a gradual strengthening," rising to approximately 40 percent of recovery between Labor Day and the Thanksgiving holiday, the TSA noted.

Since mid-March, checkpoints across the nation have screened more than 1 million passengers on only five days. Four of the five occurred over the Thanksgiving holiday period, i.e., Nov. 20 (the Friday before Thanksgiving), Nov. 22 (the Sunday before), Nov. 25 (the day before) and Nov. 29 (the Sunday after).

Despite the lighter-than-usual Thanksgiving travel, the number will likely raise eyebrows among public health officials and experts, who had urged Americans to refrain from traveling for the holiday and warned against traditional gatherings with families and friends.

"What we expect, unfortunately, as we go for the next couple of weeks into December is that we might see a surge superimposed on the surge we are already in," Anthony Fauci, the country's leading infectious disease expert, said in an interview with NBC News Sunday.

The US Centers for Disease Control and Prevention reported 152,022 new cases nationwide on Monday, the 23rd consecutive day that the daily case count had surpassed 100,000. The total number of confirmed cases has topped 13 million, with the death toll exceeding 267,000.