Friction between Boeing Co and international air-safety authorities reportedly may delay the return of the 737 MAX fleet into the holiday travel season, as American and United airlines have canceled flights for the jetliner into December. 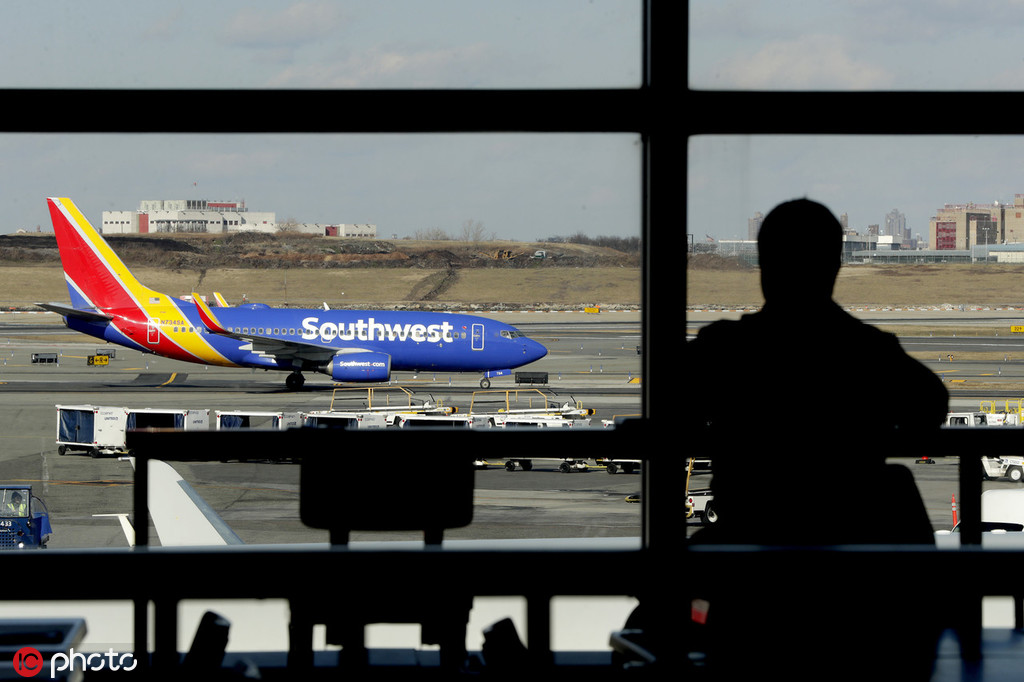 The Wall Street Journal, citing government and pilot union officials, reported Monday that aviation authorities from the US, Europe and Brazil have complained that Boeing has failed to provide technical details about modifications to the MAX's flight-control system. The system was implicated in crashes of Lion Air and Ethiopian Airlines planes that killed a total of 346 people in five months.

The complaints stemmed from a Boeing meeting last month in Seattle, which was cut short by regulators, the newspaper said.

Boeing will have to resubmit documents describing proposed software changes, which then must be reviewed by the Federal Aviation Administration (FAA), the Journal said.

A Boeing spokesman declined to comment on the newspaper's report.

Boeing has promised it will have the software fix next month. Even if approved by regulators, it will take time to train pilots on the new software and get the planes ready to fly again.

American Airlines on Sunday removed the 737 MAX from its schedule for another month. The grounding through Dec 3 affects about 140 flights per day, the airline said. American initially grounded the planes in March after the crashes.

The airline said it "remains confident'' that impending software updates to the 737 MAX, along with the new training elements Boeing is developing, will lead to recertification of the aircraft this year.

American announced its decision two days after United pulled the MAX from flight plans until Dec 19.

Southwest Airlines, which operates more MAX flights than any other US airline, previously canceled about 180 daily flights through Jan 5.

Air Canada has pulled the MAX until January.

The grounding of Boeing's best-selling jet has forced the cancellation of thousands of flights around the world and has halted delivery of new planes.

Canceling the flights this far ahead gives airlines time to assign other aircraft to 737 MAX routes or rebook customers whose flights were canceled. American said customers on canceled flights can be rebooked or receive a refund.

Last week, Boeing told National Public Radio (NPR) that it is delaying the release of its 777X long-haul jet as the company focuses resources to getting its MAX 737 jets back into service.

"We reviewed our development program schedule and the needs of our current 777X customers and decided to adjust the schedule," Boeing spokesman Paul Bergman said in a statement on Aug 29.

NPR said the delay complicates plans for Australia's Qantas Airways, which had planned to start the world's longest commercial flight in 2023, from Sydney to London, which would take 21 hours.

"The adjustment reduces risk in our development program," Bergman said. "We continue to engage with our current and potential customers on how we can meet their fleet needs."