WORLD US: Alabama woman who joined Islamic State is not a citizen

US: Alabama woman who joined Islamic State is not a citizen

An Alabama woman who joined the Islamic State group in Syria won't be allowed to return to the United States with her toddler son because she is not an American citizen, the US said Wednesday. Her lawyer is challenging that claim. 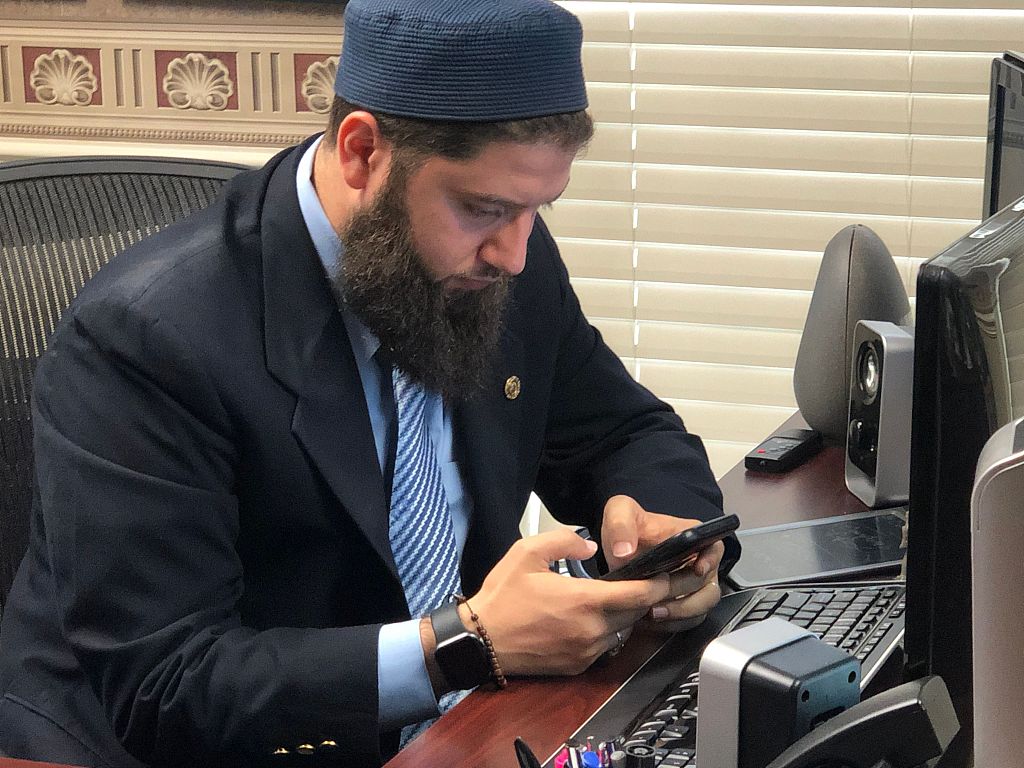 In a brief statement, Secretary of State Mike Pompeo gave no details as to how the administration made their determination.

But Hassan Shibly, a lawyer for the woman, insisted Muthana was born in the United States and had a valid passport before she joined the Islamic State in 2014. He says she has renounced the terrorist group and wants to come home to protect her 18-month-old son regardless of the legal consequences.

"She's an American. Americans break the law," said Shibly, a lawyer with the Florida chapter of the Council on American-Islamic Relations. "When people break the law, we have a legal system to handle those kinds of situations to hold people accountable, and that's all she's asking for."

Muthana and her son are now in a refugee camp in Syria, along with others who fled the remnants of the Islamic State.

Shibly said that the administration argues that she didn't qualify for citizenship because her father was a Yemeni diplomat. But the lawyer said her father had not had diplomatic status at the time of her birth in Hackensack, New Jersey.

He released a copy of the woman's birth certificate, issued two months after her birth on Oct. 28, 1994, to support his claim.

The lawyer also provided to The Associated Press a letter from the US Mission to the United Nations to what was then known as the Bureau of Citizenship and Immigration Services attesting to the fact that the woman's father, Ahmed Ali Muthana, was a member of the Yemeni diplomatic mission to the U.N. from Oct. 15, 1990 to Sept. 1, 1994.

President Donald Trump said Wednesday on Twitter that he was behind the decision to deny her entry, tweeting that "I have instructed Secretary of State Mike Pompeo, and he fully agrees, not to allow Hoda Muthana back into the Country!"

The announcement came a day after Britain said that it was stripping the citizenship of Shamima Begum, a 19-year-old who left the country in 2015 with two friends to join the Islamic State and recently gave birth in a refugee camp.

It also comes as the US has urged allies to back citizens who joined IS but are now in the custody of the American-backed forces fighting the remnants of the brutally extremist group that once controlled a vast area spanning parts of Syria and Iraq.

Muthana's lawyer said she was "just a stupid, naive, young dumb woman," when she became enamored of Islamic State, believing it was an organization that protected Muslims.

Shibly said she fled her family in Alabama and made her way to Syria, where she was "brainwashed" by IS and compelled to marry one of the group's soldiers. After he was killed, she married another, the father of her son.

After her second husband was also killed she married a third IS fighter but she "became disenchanted with the marriage," and decided to escape, the lawyer said.

Shibly, based in Tampa, Florida, said he intends to file a legal challenge to the government's decision to deny her entry to the country.

Muthana's status had been considered by lawyers from the departments of State and Justice since her case arose, according to one US official who was not authorized to discuss the matter publicly and spoke on condition of anonymity. The official would not elaborate but said Pompeo's statement was based on the lawyers' conclusions.

The State Department declined to disclose details about her father or Muthana's case, citing privacy law.

Most people born in the United States are accorded so-called birthright citizenship, but there are exceptions. Under the Immigration and Nationality Act, a person born in the US to an accredited foreign diplomatic officer is not subject to US law and is not automatically considered a US citizen at birth.

However, Muthana's case is unusual, if not unprecedented in that she once held a US passport. Passports are only issued to citizens by birth or naturalization, according to Seamus Hughes, the deputy director of the Program on Extremism at George Washington University, who has studied the phenomenon of foreign Islamic State fighters and families.

Hughes said the decision is also unusual because it comes just days after the Trump administration urged European nations to repatriate extremists from Syria as the Islamic State nears collapse.

"If you are trying to make the case that others should take back their people, it stands to reason that you would do that, too," he said.

Muthana, who says she dodged sniper fire and roadside bombs to escape, is ready to pay the penalty for her actions but wants freedom and safety for the son, her lawyer said.

In a letter released by Shibly, Muthana wrote that she made "a big mistake" by rejecting her family and friends in the United States to join the Islamic State.

"During my years in Syria I would see and experience a way of life and the terrible effects of war which changed me," she wrote.

"To say that I regret my past words, any pain that I caused my family and any concerns I would cause my country would be hard for me to really express properly."

Shibly said Muthana was brainwashed online before she left Alabama and now could have valuable intelligence for US forces, but he said the FBI didn't seem interested in retrieving her from the refugee camp where she is living with her son.

Muthana's father would welcome the woman back, Shibly said, but she is not on speaking terms with her mother.

Ashfaq Taufique, who knows Muthana's family and is president of the Birmingham Islamic Society, said the woman could be a valuable resource for teaching young people about the dangers of online radicalization were she allowed to return to the United States.

"Her coming back could be a very positive thing for our community and our country," Taufique said.