WORLD US Ambassador to Netherlands' accusations on China slander and groundless: Chinese Embassy

US Ambassador to Netherlands' accusations on China slander and groundless: Chinese Embassy 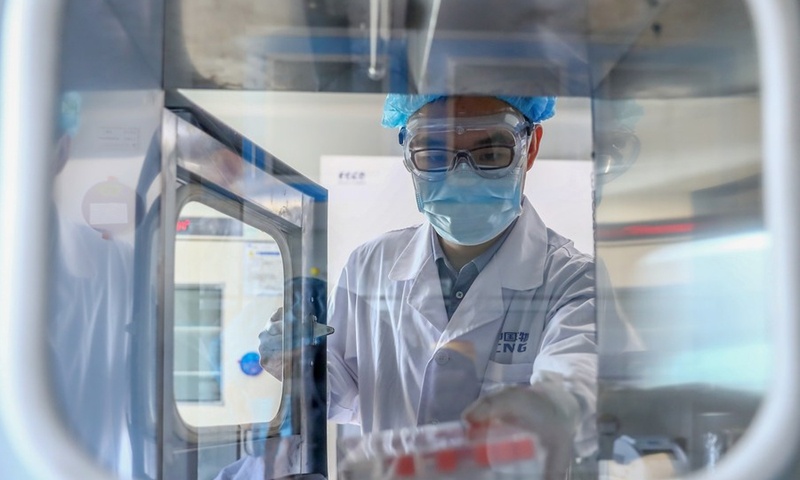 A staff member takes out samples of the COVID-19 inactivated vaccine at a vaccine production plant of China National Pharmaceutical Group (Sinopharm) in Beijing, capital of China, April 11, 2020. (Photo: Xinhua)

US Ambassador to the Netherlands Pete Hoekstra's accusations of China stealing knowledge from the West to develop coronavirus vaccines is slander and not based on any evidence. The aim is only to disparage and to turn attention away from US domestic politics, according to a statement released by the Chinese Embassy on Saturday.

When it comes to developing COVID-19 vaccines, China leads the way with top researchers, per the Embassy.

Chinese teams are taking steps with several different vaccines. Four Chinese vaccines have already reached, or are about to reach, clinical trials, the final research phase. China will not try to create a monopoly like other countries, or buy vaccines or antivirals only for itself.

Several vaccine production bases have been built or are currently being constructed in China. The biggest annual output could surpass 200 million doses from one workshop of Sinopharm China National Biotec Group.

China has already promised that the Chinese COVID-19 vaccine will be made available to the entire world. This will be China's contribution to increasing the availability and affordability of a vaccine for developing countries. Unlike some other countries, China will not seek a monopoly on vaccines or anti-epidemic drugs.

"We hope that US politicians can stop their slander and rumors, and focus on domestic control of the virus, and on global solidarity to fight the virus," read the statement from the Chinese Embassy.