WORLD US ambassador to return to Moscow this week: state department

US ambassador to return to Moscow this week: state department 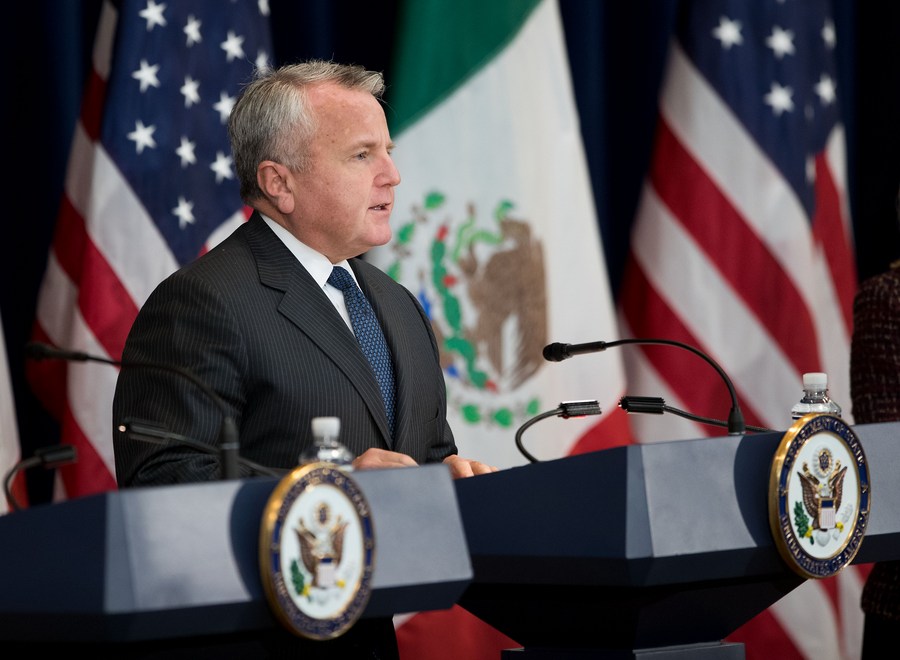 Then US Deputy Secretary of State John Sullivan speaks during a press conference in Washington D.C., the United States, on Dec. 14, 2017. (Photo: Xinhua)

"We remain committed to open channels of communication with the Russian government," Price told reporters in a phone brief. "Both as a means to advance US interests but also to reduce the risk of miscalculation between our two countries."

He also said Russian ambassador to the United States Anatoly Antonov had returned to Washington D.C.

President Joe Biden and Russian President Vladimir Putin agreed in Geneva last week that their respective ambassadors would return to their posts soon.

US-Russia relations are at their lowest point in years. The two sides have sharp differences over Ukraine, cybersecurity, human rights, and US election interference.

The US intelligence community assessed that officers of Russia's Federal Security Service used a nerve agent known as Novichok to poison Navalny on Aug. 20, 2020.

Russia has repeatedly denied such accusations, saying the Navalny case is a purely domestic affair and foreign intervention is not allowed.