WORLD US and Taliban prepare to sign an agreement Feb. 29 but only after a 7-day ceasefire

US and Taliban prepare to sign an agreement Feb. 29 but only after a 7-day ceasefire 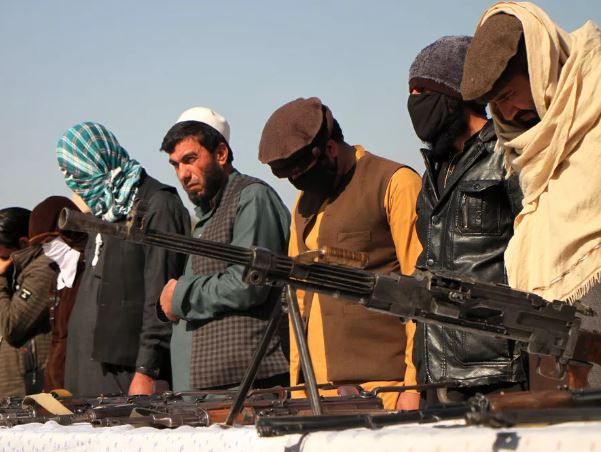 Washington (People’s Daily) – According a statement Friday by US Secretary of State Mike Pompeo, the US and Taliban are preparing to sign a peace agreement on February 29. But the prerequisite is that both the US and Taliban need to stop the violence for a week, starting from midnight Friday.

Thereafter, the US and Taliban will sign a peace agreement which may pave the way for a US military withdrawal from Afghanistan and end this historically long war.

There has been speculation that US President Donald Trump himself might sign the deal with the Taliban, sealing a foreign policy victory as he steps up his re-election campaign.

In short, the US sees this as an important step. Pompeo announced that the agreement would be signed once there has been a week-long “nationwide reduction in violence,” to start at midnight Friday, according to an understanding reached by US and Taliban negotiators meeting in Doha.

“Upon a successful implementation of this understanding, signing of the US-Taliban agreement is expected to move forward. We are preparing for the signing to take place on 29 February,” Pompeo said.

The statement emphasized the intra-Afghan negotiations will start soon thereafter and will build on this fundamental step to deliver a comprehensive and permanent ceasefire and the future political roadmap for Afghanistan.

“This is a critical test of the Taliban’s willingness and ability to reduce violence, and contribute to peace in good faith,” NATO Secretary-General Jens Stoltenberg said in a statement on Friday.

Ahmad Shuja Jamal, director general for international affairs in Afghan’s national security council, tweeted: “This is an important opportunity for the Taliban to demonstrate their seriousness for peace and ending the suffering of the Afghan people.”

The Taliban issued their own statement on the deal, saying both sides would make arrangements for the release of prisoners, and “finally lay the groundwork for peace across the country with the withdrawal of all foreign forces.”

In a commentary published by the New York Times, the Taliban’s deputy leader, Sirajuddin Haqqani, suggested that his movement was prepared to make compromises at the negotiating table with Afghan government representatives, including on women’s rights.

However, there is still a long way to go for peace in Afghanistan. The Taliban does not recognize Ghani’s government and has said it will only talk to government officials if they attend talks as ordinary citizens.

Observers have pointed out that a week-long reduction in violence is a small concession in winter, in the wake of snowfall and before a spring offensive is expected to begin. Therefore, people cannot be more optimistic about the prospects of this agreement.

Although, Pompeo said in the statement, “the US calls on all Afghans to seize this moment.” However, observers believe that in fact, it is the Americans who really want to "seize this opportunity."

The US is expected to reduce its military presence in Afghanistan from 12,000 to 8,600, leaving behind a force to conduct counter-terrorism operations. Officially, the Taliban has demanded the complete withdrawal of foreign troops but has reportedly accepted a residual counter-terrorism force in a secret annex to the deal.

The deal reportedly calls for a phased withdrawal of US troops over 18 months, and the Taliban’s pledge not to harbor terrorist groups targeting the West. There is still a lot of uncertainty.

The war in Afghanistan has spanned nearly two decades and cost thousands of lives and an estimated $2 trillion for the US.

According to US magazine Foreign Policy, 18 years of war have been marked by sweeping promises from successive US leaders of victory and withdrawal of US forces, followed by stalemates, setbacks, and abject failure. Afghanistan’s political divides add another layer of complication to the prospects for peace.

It is not clear whether the US will send troops back into Afghanistan if the intra-Afghan talks fail to get off the ground and the Taliban press ahead with their offensive.

Always, according to Foreign Policy, under Taliban rule before 2001, opium production was almost completely eradicated. Now, about 80 percent of the world’s illicit opium originates in Afghanistan.