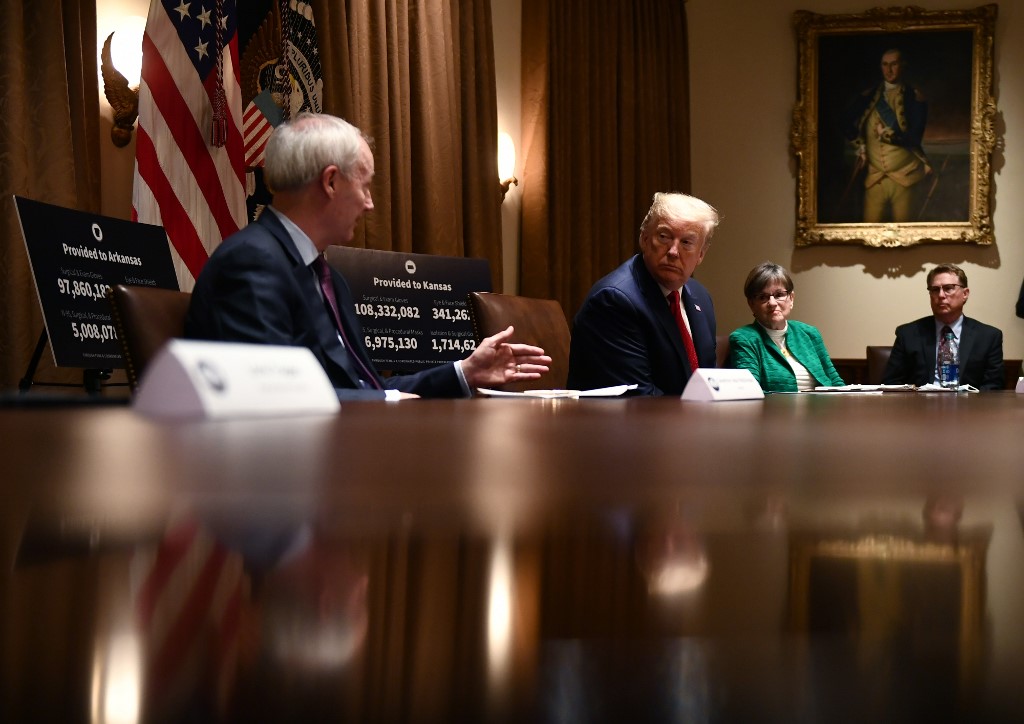 US President Donald Trump meets with Arkansas Governor Asa Hutchinson (L) and Kansas Governor Laura Kelly (2nd R), on May 20, 2020, in the Cabinet Room of the White House in Washington, DC. (Photo: AFP)

HOUSTON, July 16 (Xinhua) -- Governor of the U.S. state of Arkansas Asa Hutchinson on Thursday issued a statewide mandate requiring people to wear face masks in public in order to mitigate the COVID-19 spread.

The mandate, which takes effect on July 20, requires people to wear protective coverings in all indoor and outdoor public places where social distancing is not possible.

Children under 10 years old and people who are unable to wear a mask because of a physical disability or medical condition are exempted.

"The number of COVID-19 cases, hospitalizations and deaths are numbers that speak for themselves and indicate that we need to do more," Hutchinson said at a news conference.

The order came after Hutchinson took advice from health workers. "I want everybody to understand that this is a mandate. It does carry consequences," local media quoted Hutchinson as saying.

Over 25 U.S. states have now issued some kind of mask mandate. Retail chains including Walmart and Kroger have announced that they will require shoppers to wear masks.

According to the Arkansas Department of Health, there are over 31,000 confirmed COVID-19 cases in the state as of Thursday, with 341 deaths reported.