US army confirms death of senior al-Shabab leader in Somalia 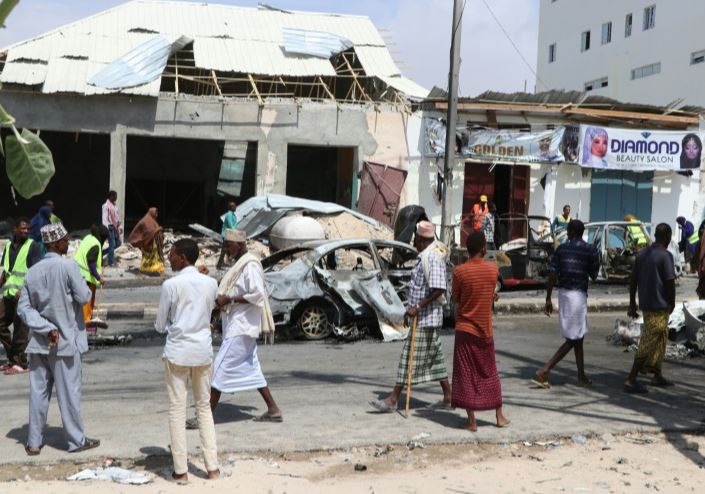 Mogadishu is regularly hit by attacks by the Shabaab, which has fought for more than a decade to topple the Somali government. (Photo: AFP)

MOGADISHU, April 7 (Xinhua) -- The U.S. military on Tuesday confirmed a senior al-Shabab leader was killed in a drone strike in Somalia on April 2.

The U.S. Africa Command (Africom) said Yusuf Jiis, a long-standing, high-ranking leader in the al-Shabab terrorist organization, was among three terrorists who were killed by the drone strike.

"This individual was a key leader in the al-Shabab organization. He was violent, ruthless, and responsible for the loss of many innocent lives. His removal makes Somalia and neighboring countries safer," Stephen Townsend, Africom's commander said in a statement.

Townsend said Jiis was one of the foundational members of the terrorist group and held many significant positions that facilitated al-Shabab's violent and harmful activities throughout East Africa.

The airstrike which was conducted in collaboration with Somali security forces occurred in the vicinity of Bush Madina in southwest Somalia.