WORLD US artistic swimmer Alvarez, who fainted in solo event, not on team event startlist

US artistic swimmer Alvarez, who fainted in solo event, not on team event startlist 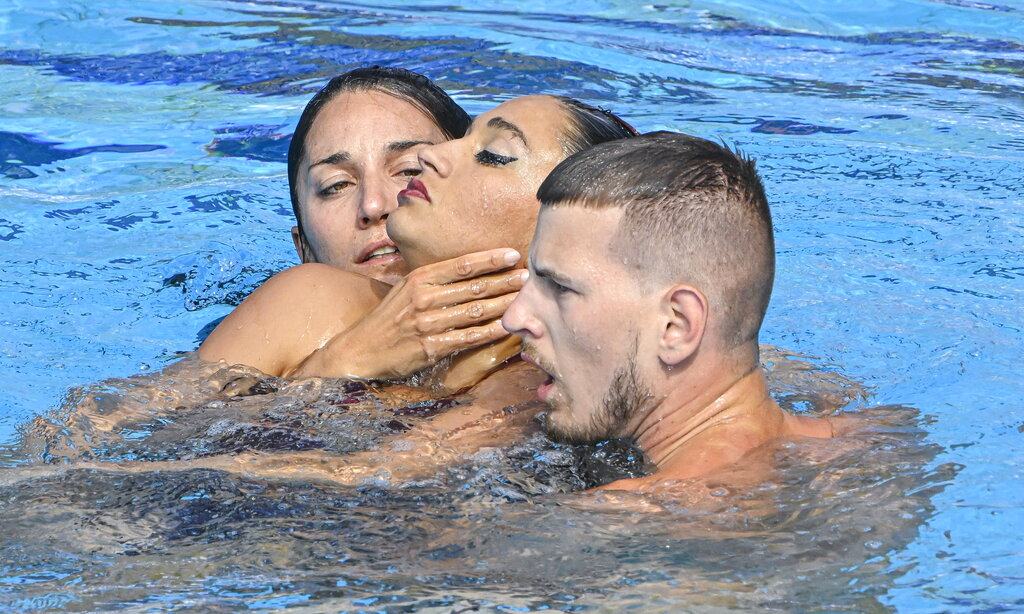 Anita Alvarez of United States, center, is taken from the pool after collapsing during the solo free final of the artistic swimming at the 19th FINA World Championships in Budapest, Hungary, Wednesday, June 22, 2022. (Photo: AP)

US artistic swimmer Anita Alvarez, who was dramatically rescued from the bottom of the pool after fainting in her solo routine, was omitted from a revised startlist just before the team competition began on Friday.

Alvarez, who fainted at the end of her routine at the World Championships on Wednesday, had been on all previous versions of the startlist for the US eight-woman team, but was replaced by Yujin Chang just before the 1600 local time (1400 GMT) start.

A FINA official said the swimming organisation had asked Alvarez to undergo a full medical examination Friday morning but said he did not know the result.