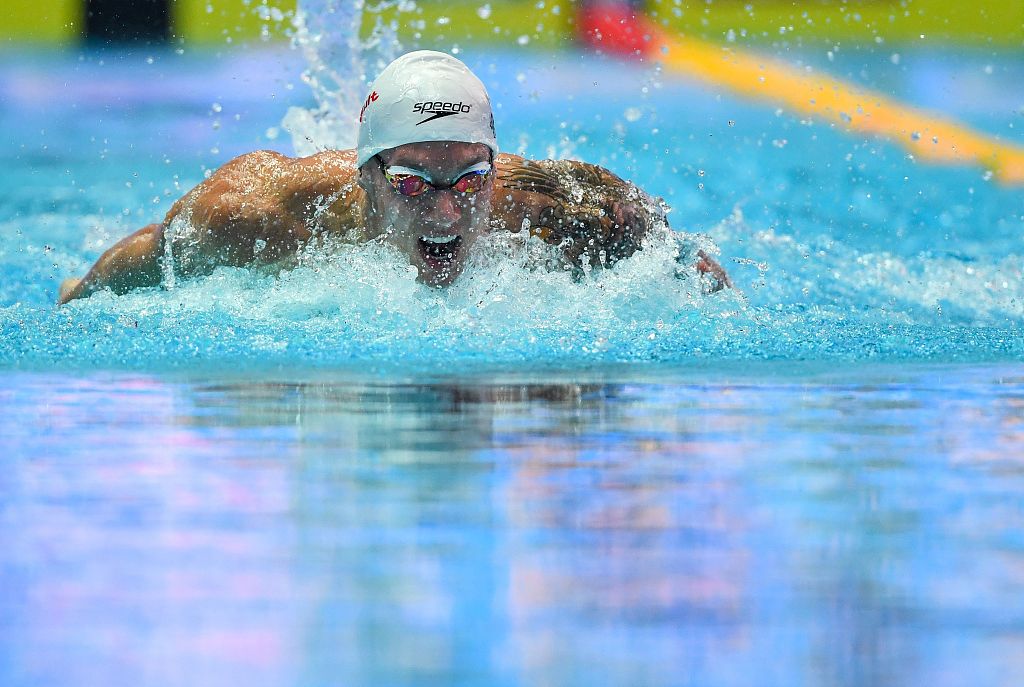 USA's Caeleb Dressel competes in a heat for the men's 100m butterfly event during the swimming competition at the 2019 World Championships at Nambu University Municipal Aquatics Center in Gwangju, South Korea, on July 26, 2019. (Photo: VCG)

The defending champion turned over half a second inside world record pace before driving home to clock 49.50 seconds in Gwangju, 0.32 quicker than American legend Phelps went at the 2009 world championships in Rome.

Dressel, who swept seven gold medals at the 2017 world championships, looks on course to match or even surpass that in South Korea this week.

The 22-year-old has captured three already and appears untouchable in the 100m fly.

Dressel exploded from the blocks in the second semi-final and was quickly half a body length clear of Russian Andreo Minakov.

The tattooed pin-up accelerated away after the turn to beat the Russian by almost two seconds, celebrating by raising a clenched fist in the direction of flag-waving American fans.

Phelps has now had both of his long course butterfly world record wiped out this week after Hungary's Kristof Milak destroyed his 2009 mark in the 200m fly.