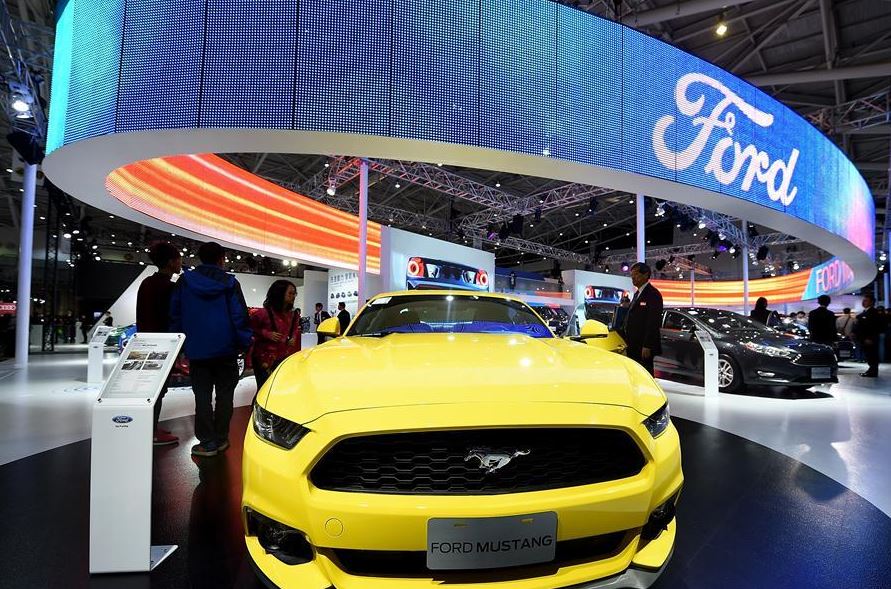 WASHINGTON, Sept. 27 (Xinhua) -- Months after the Washington-imposed additional tariffs on steel and aluminum imports took effect, the US auto industry remains anxious amid looming threats of extra tariffs on imported vehicles and parts.

At a hearing recently held by the US Senate Committee on Finance, representatives from US auto industry decried the Trump administration's hammer of tariffs, urging it to seek other solutions to its trade disputes with other economies.

Michael Haughey, president and CEO of North America Stamping Group (NASG), told the committee that the US auto industry is already feeling the effects of tariffs on steel and aluminum.

"Since the start of the current administration, steel has risen steadily with the ongoing talks of steel tariffs," Haughey said in his testimony.

"The market prices peaked up 50 percent with the implementation of the tariffs on March 23, 2018," he added.

NASG, which operates 13 facilities in North America, produce components and assemblies for passenger cars, light trucks and commercial vehicles. Its sales have grown annually at a compounded rate of 18 percent for the last eight years, approaching $450 million.

However, Haughey said NASG has experienced steel price increases exceeding $10 million annually, forcing them to suspend plans for expansion "until the uncertainty in the industry is resolved."

Trump instructed the Department of Commerce late May to launch an investigation into automobile imports under Section 232, a step towards a possible increase in tariffs of up to 25 percent and has triggered harsh opposition.

Currently, the investigation is still ongoing as anxieties within the US auto industry seem to be escalating.

Analysts have warned tariffs could disrupt the global supply chain of the auto industry and relevant businesses, both of which rely heavily on predictability and stability.

Rick Schostek, executive vice president of Honda North America, said components for cars and trucks are carefully designed to meet the needs of customers and government regulations for things like safety -- a process that takes several years and involves working in close collaboration with suppliers.

"The labor and material content of each component is also carefully managed to maximize performance while minimizing cost" to secure a client-friendly price, Schostek said.

He said the auto tariffs, if implemented, would "represent an unplanned addition to the cost and process of building a vehicle that wasn't factored into the business plans of manufacturers and suppliers that began years earlier," which thus would either be passed on to customers or born by manufacturers.

"The key point is that tariffs, no matter how short-lived, are enormously disruptive to the stability of a business and reduce the value business can provide to customers and contribute to society," Schostek added.

Steve Gates, dealer principal of Gates Auto Family, which runs multiple stores and providing jobs for 500 employees in the states of Kentucky, Indiana, and Tennessee, shared Schostek's concern, saying that "tariffs would harm our business, the community we serve, and our customers across the United States seeking affordable, safe transportation for their families."

According to Cox Automotive, over the past 20 years the cost of buying a new car in the United States has increased by 35 percent whereas household income has only grown 3 percent.

A recent study by the Center for Automotive Research estimated that under a 25-percent auto tariff, the price of a new vehicle would rise by as much as $6,875. It also found that the used car market would be affected as well, as many would-be new car buyers are driven into the used car market, which may see prices driven up with increased demand and constricted supply.

Gates also said an auto tariff would see current car owners unable to pay the higher prices and "likely put off needed repairs and safety improvements, making for a dangerous situation for them and others on the roads."

For most American families, a car is one of the most expensive purchases they make, normally second only to a home.

"It is a significant financial commitment for most families, often paid for with debt," Senate Finance Committee Chairman Orrin Hatch said. "I'm shocked that anyone would consider making it more expensive."

"The US auto industry is a major driver of the US economy, supporting approximately 10 million American jobs and accounting for three percent of our GDP," the Republican senator noted. "Without question, any tariffs that are imposed will have a negative impact on the U.S auto industry and our economy."

"Ford announced that it decided not to sell a particular model of car in the US because of the looming threat of tariffs," Wyden said. "So that's the start of Americans having fewer choices when they're visiting showrooms."

To make his point, David Britt, a member with the Spartanburg County Council, South Carolina, recalled part of the county's history during the hearing.

For over 100 years, the county's mills were the heart of American textile manufacturing, according to Britt. But in the 1990s, the once-bustling mills began to shutter and close, and more than 25,000 workers found themselves unemployed and the county was changed until an auto maker decided to buid a manufacturing facility there in 1992.

"A reporter recently asked what I might say to President Trump if given the opportunity," Britt told the hearing. "I would say Mr. president, come to Spartanburg and let me show you firsthand how we have opened our minds, hearts and ingenuity to the world for the benefit of everyone."

"Politics is the art of getting things done through people," he said. "In Spartanburg, we have learned that you can accomplish our objectives through trust and partnership -- not a hammer."