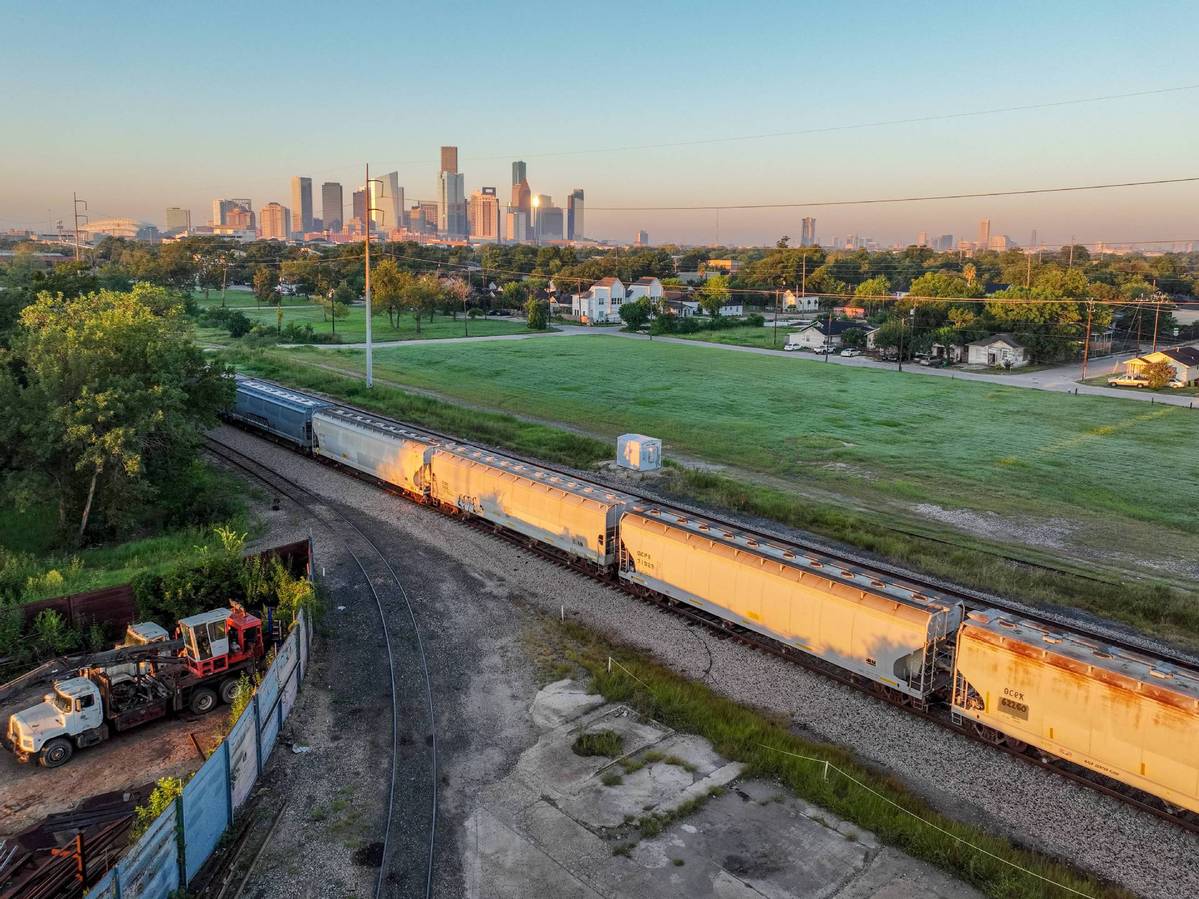 In an aerial view, freight trains are seen traveling through Houston on Sept 14, 2022 in Houston, Texas. Rail carriers across the country are cutting shipments and Amtrak has begun stopping passenger routes as a national railroad strike looms. (Photo: Agencies)

The White House on Thursday announced a tentative agreement to avert a strike that would have shut down rail lines nationwide and crippled the economy.

Negotiators had until early Friday to reach a deal. The deal with unions representing more than 50,000 engineers and conductors was announced just after 5 am Eastern Time in a statement from the White House.

Biden, who has been a longtime advocate for unions, said in a statement that rail workers "will get better pay, improved working conditions, and peace of mind around their healthcare costs: all hard-earned," and rail companies "will be able to retain and recruit more workers for an industry that will continue to be part of the backbone of the American economy for decades to come".

Biden was personally in touch with railroad companies and union representatives this week to try to avoid a shutdown.

The agreement came hours after a phone call from Biden to negotiators at approximately 9 pm Eastern Time, according to CNN.

Rail executives and labor leaders were meeting at the Labor Department in Washington with Secretary Marty Walsh when Biden made the call to them and stressed that catastrophic harm could come to families, businesses and communities if the rail system shut down, CNN reported.

As he pressed for a deal, Biden became ''personally animated'' about the lack of leave for workers, and he brought up repeatedly that he didn't understand why workers couldn't be granted more flexible schedules, according to The Washington Post.

The deal includes new leave policies, a significant concession by train carriers to workers who had demanded greater flexibility to be able to miss work for medical emergencies without being fired or punished, The Associated Press reported.

The Association of American Railroads, which represents the nation's freight railroads, said the tentative agreement provided rail employees a 24 percent wage increase during the five-year period from 2020 through 2024, including an immediate payout on average of $11,000 upon ratification.

The tentative agreement will go to union members for a vote after a post-ratification cooling off period of several weeks.

During that time, which could take several weeks, union members agree not to strike.

America's railroads are crucial to the economy. Freight railroads carry 30 percent of the nation's long-haul freight, according to the Bureau of Transportation Statistics. and a work stoppage could jeopardize those shipments.

A strike could have stopped the transportation of food and other goods and disrupted commuter trains all over the country and put new pressure on prices when inflation is near a 40-year high.

If the talks had broken down and led to a strike, Congress could have intervened to delay or stop a strike. But the White House was reluctant to have Congress step in to extend the deadline for the negotiations or force a resolution to the dispute.