US aviation agency defends its vetting of plane involved in crashes

The US agency that regulates civil aviation said Sunday it followed "standard" procedures in certifying the Boeing jetliner whose anti-stall systems have come under scrutiny after disastrous crashes in Ethiopia and Indonesia. 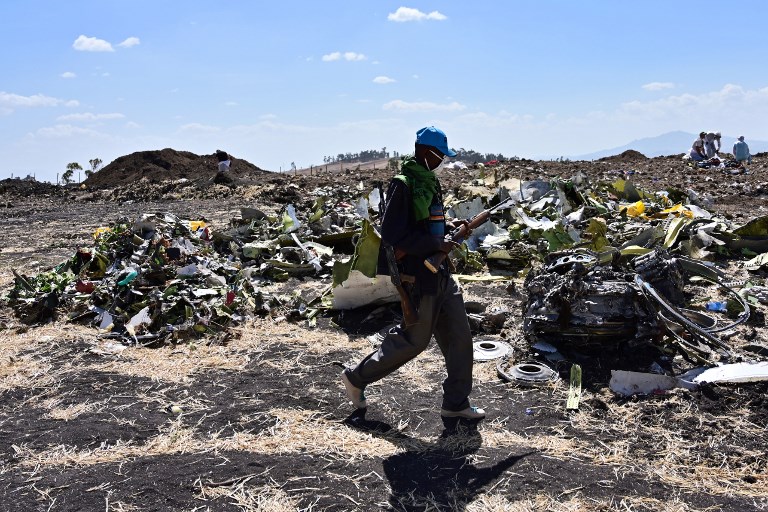 An Oromo man hired to assist forensic investigators walks by a pile of twisted airplane debris at the crash site of an Ethiopian airways operated Boeing 737 MAX aircraft on March 16, 2019 at Hama Quntushele village near Bishoftu in Oromia region. (Photo: AFP)

It said its procedures were "well established and have consistently produced safe aircraft designs."

But reported similarities between the March 10 crash of an Ethiopian Airlines 737 Max 8, killing all 157 on board, and the Lion Air crash in October of the same plane in Indonesia, leaving 189 dead, have raised doubts about the aircraft.

The 737 MAX is a relatively new aircraft, having entered service only in May 2017 as Boeing's answer to Airbus's medium-haul A320 Neo.

Ethiopian Transport Minister Dagmawit Moges said Sunday that a study of the flight data recorder retrieved from the Ethiopian plane had shown "clear similarities" to that of the Lion Air flight in Indonesia.

She said the parallels would be the "subject of further study."