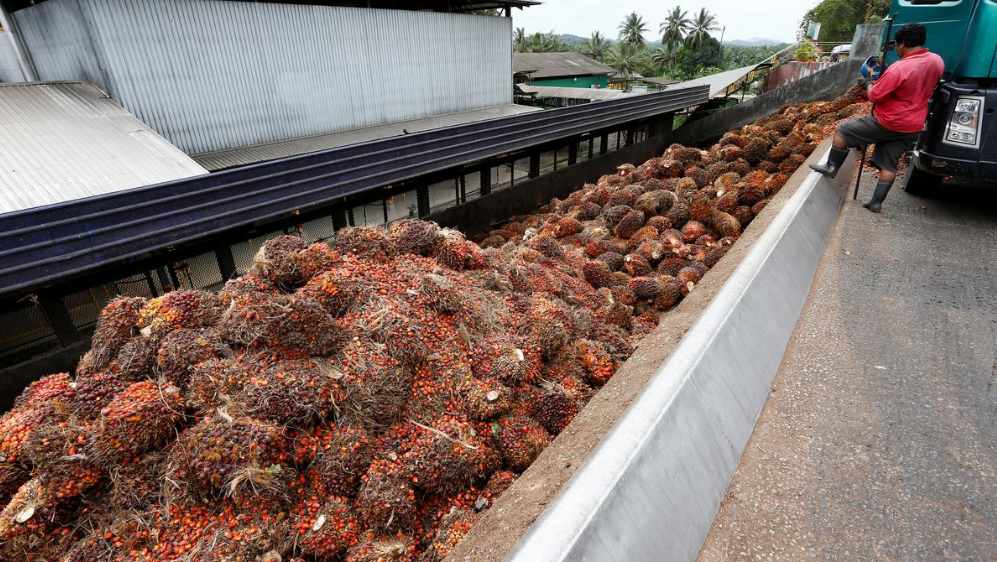 The United States has banned imports from a Malaysian palm oil giant whose products are found in numerous household goods over concerns that its workers face a litany of abuse.

The move against Sime Darby Plantation, one of the world's biggest producers, marks the second time the US has blocked shipments from a palm oil company in the Southeast Asian nation in recent months.

Palm oil is a common ingredient in items ranging from processed foods to cosmetics, with Malaysia and neighbouring Indonesia producing 85 percent of the world's supply.

But activists have long claimed that low-paid workers on plantations face abuse, and also blame the industry for driving destruction of rainforests to make way for plantations.

Announcing the ban late Wednesday, US Customs and Border Protection (CBP) said there was evidence Sime Darby workers face abuses including sexual and physical violence, withholding of wages and restrictions on movement.

The ban "demonstrates how essential it is for Americans to research the origins of the everyday products that they purchase," said CBP acting commissioner Mark A. Morgan.

The decision, which came into force Wednesday, means that all Sime Darby palm oil and palm oil products from Malaysia are banned from entering US ports.

The company, which supplies major firms like Nestle and Unilever, runs a network of sprawling plantations, and employs migrant workers from countries including Indonesia and Bangladesh.

Earlier this year, anti-trafficking group Liberty Shared had petitioned the CBP to ban imports from Sime Darby over concerns about labour abuse.

In October, the US banned imports from another Malaysian palm oil producer, FGV Holdings, following a lengthy probe that found indications its workers faced abuse.

Sime Darby did not respond to requests for comment. On its website, the company says it believes "we have a responsibility to respect, support and uphold fundamental human rights."