US becomes country with most COVID-19 cases: Johns Hopkins University 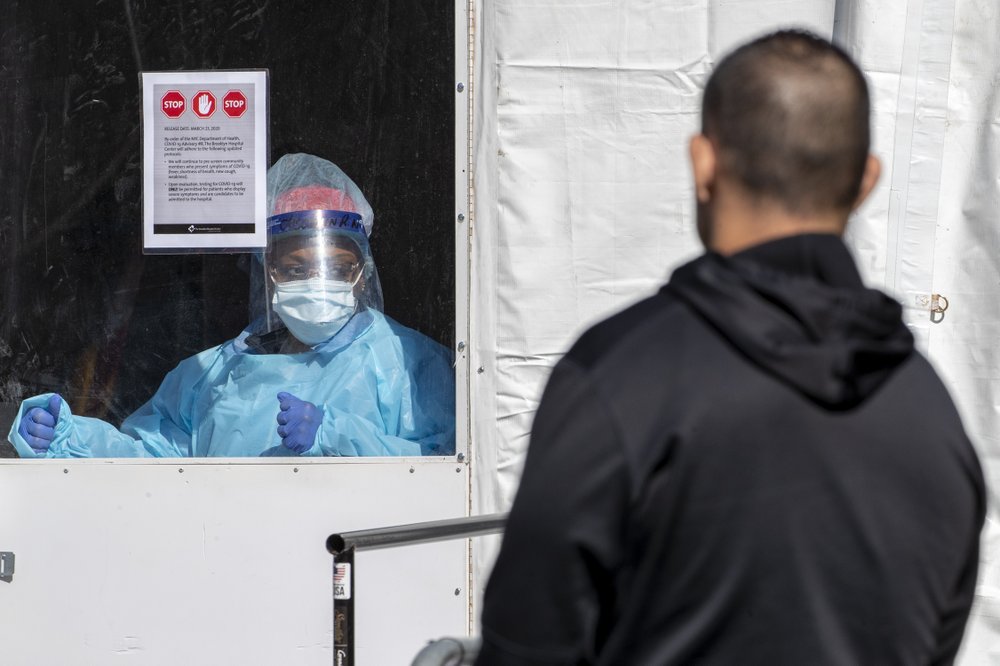 A member of the Brooklyn Hospital Center COVID-19 testing team calls in the next patient in line, Thursday, March 26, 2020, in the Brooklyn borough of New York. (Photo: AP)

The United States has surpassed China to become the country with most COVID-19 cases in the world, according to the CSSE.

The nationwide tally grew over 10,000 cases in less than five hours. The state of New York has become the epicenter of the country's outbreak with 37,802 cases reported. New Jersey and California have reported 6,876 and 3,802 cases, respectively, according to the center.

Total COVID-19-linked deaths in the United States reached 1,178, while 281 of them occurred in New York City and 100 in Kings County of Washington state.