WORLD US bias revealed in redefinition of accountability over killing of Al Jazeera journalist: opinion

US bias revealed in redefinition of accountability over killing of Al Jazeera journalist: opinion 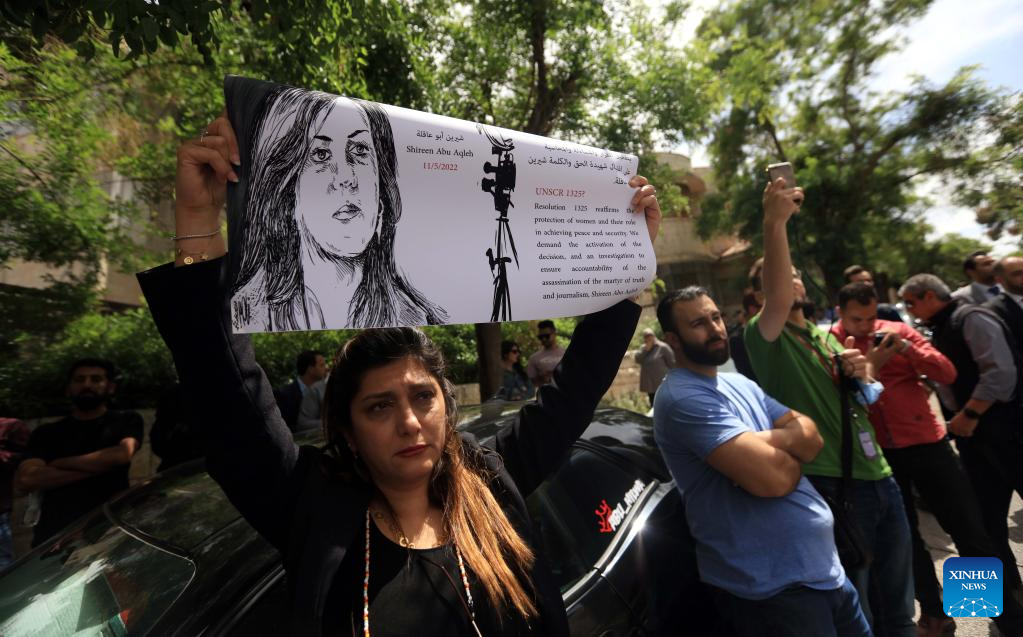 People take part in a demonstration against the killing of Al-Jazeera journalist Shireen Abu Akleh in Amman, Jordan, on May 11, 2022. (Photo: Xinhua)

CAIRO, Sept. 11 (Xinhua) -- The U.S. authorities' move to "redefine" accountability over the killing of an Al Jazeera journalist exposes U.S. bias and failure to keep its own values, an opinion piece published on the Al-Jazeera English-language news channel has said.

Back in May when Shireen Abu Akleh, an American citizen, was fatally shot while covering conflicts in the West Bank, the U.S. State Department was quick to condemn the killing and urged that those responsible "should be prosecuted to the fullest extent of the law."

Months later, U.S. officials redefined the meaning of accountability in the case after Israel said this week that it was "highly possible" that one of its soldiers pulled the trigger, noted Ali Harb, author of the article published on Wednesday.

By calling on Israel to review its policies to mitigate civilian harm, the Biden administration effectively dropped its earlier demand for properly holding the perpetrator accountable, said Harb, a U.S.-based writer.

Washington made an about-face in its own definition just because Abu Akleh was a Palestinian American who was killed by Israel, said Lina Abu Akleh, the journalist's niece, in an interview with Al Jazeera on Tuesday.

"This just goes on to show the bias and their lack of commitment to accountability and to their own values," she told the news channel.