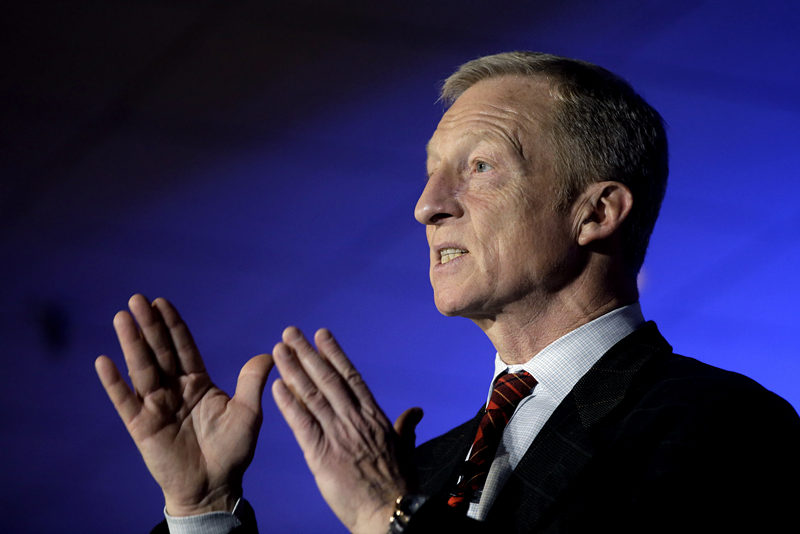 Steyer, a former hedge fund manager and longtime Democratic donor, said in a video that "Americans are deeply disappointed and hurt by the way they're treated, by the way they are treated by what they think is the power elite in Washington D.C."

Steyer has been a fierce critic of US President Donald Trump and a strong advocate for his impeachment. Steyer is also the founder of activist group Need To Impeach, which collects signatures in support of impeachment proceedings.

Steyer's belated announcement came one day after California Congressman and presidential hopeful Eric Swalwell dropped out of the race after being unable to draw sufficient support. It also came almost two weeks after 20 democratic candidates faced off in the first round of televised debate in late June.

The late entrance would mean that Steyer will likely face an uphill battle for public attention and support, which is already spread thin among the candidates.

The political battle over the Democratic nomination has been heating up, as forerunners such as California Senator Kamala Harris and former Vice President Joe Biden have begun trading barbs, signaling a break from the previously cordial relationship between the candidates.

Recent polls conducted by various polling agencies consistently put Biden at the top of the chart, with Harris, Vermont Senator Bernie Sanders, Massachusetts Senator Elizabeth Warren and South Bend Mayor Pete Buttigieg trailing behind. The polls also show that Biden's lead has been slipping in the past weeks, especially after the first debate.